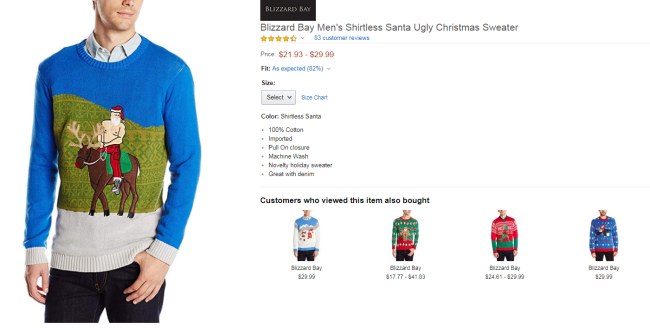 An screenshot showing the Christmas sweater for sale on Amazon. (Photo: China Plus)

A Blizzard Bay Men's Santa Christmas sweater with the image of Russia's President Vladimir Putin has become a hit on Amazon, huanqiu.com reported on Friday.

The sweater features a shirtless Santa Claus riding a deer in a manner reminiscent of the photo taken in 2009 of then Prime Minister Vladimir Putin rode on horseback during his holiday outside the town of Kyzyl in southern Siberia. 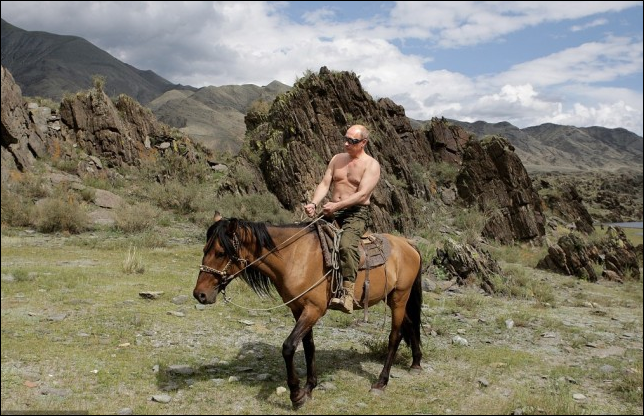 Russia's then Prime Minister Vladimir Putin during his holiday outside the town of Kyzyl in southern Siberia on August 2, 2009. (File Photo: VCG)