Queen Elizabeth II insisted on delivering the iconic line "Good evening Mr Bond" to Ian Fleming's fictional secret agent 007 James Bond in her starring role at the opening ceremony of the 2012 London Olympics, according to a book by her long-standing dressmaker. 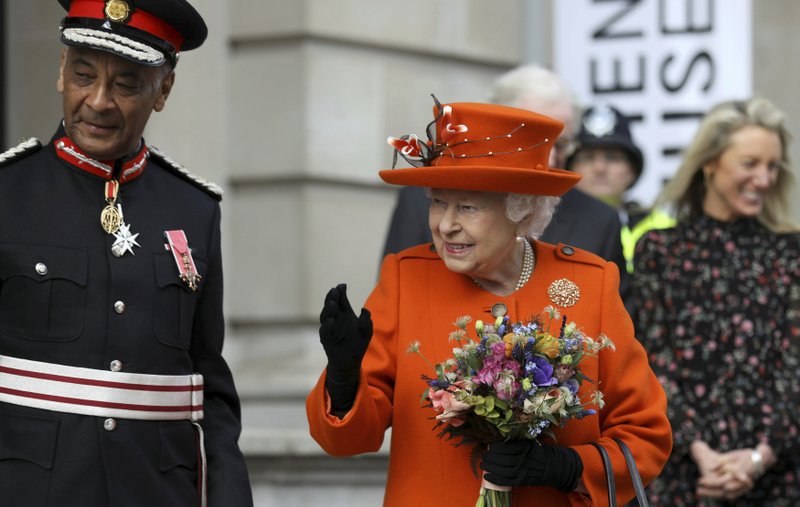 The opening ceremony -- directed by Oscar-winning film director Danny Boyle -- featured the British monarch apparently parachuting out of a helicopter into the stadium with Daniel Craig, who plays James Bond.

Her dressmaker Angela Kelly revealed in a book coming out this week how it was she who approached the Queen about appearing after Boyle asked if she would at a meeting at Buckingham Palace.

"I asked him and Edward (Young the Queen's Private Secretary) to give me five minutes so that I could ask the Queen," she said.

Kelly, who has been the dressmaker to the Queen for a quarter of a century, said the monarch proved very receptive to the idea.

"She was very amused by the idea and agreed immediately," said Kelly.

"I asked if she would like a speaking part.

"Without hesitation, Her Majesty replied, 'Of course I must say something. After all, he is coming to rescue me'."

Kelly, 61, then asked the Queen which of two lines she would like to say.

"I asked whether she would like to say, 'Good evening, James' or 'Good evening, Mr Bond' and she chose the latter, knowing the Bond films," said Kelly.

"Within minutes, I was back in Edward's office delivering the good news to Danny –- I think he almost fell off his chair when I said that the Queen's only stipulation was that she could deliver that iconic line."

The then International Olympic Committee (IOC) president Jacques Rogge recounted back in 2012 how he had watched alongside the Queen indoors at the Olympic Stadium as the scene unfolded in front of the spectators.

"I was watching on a video, and the queen was about 10 metres on my left side," Rogge said.

"She was watching the same video with a very amused smile on her lips."