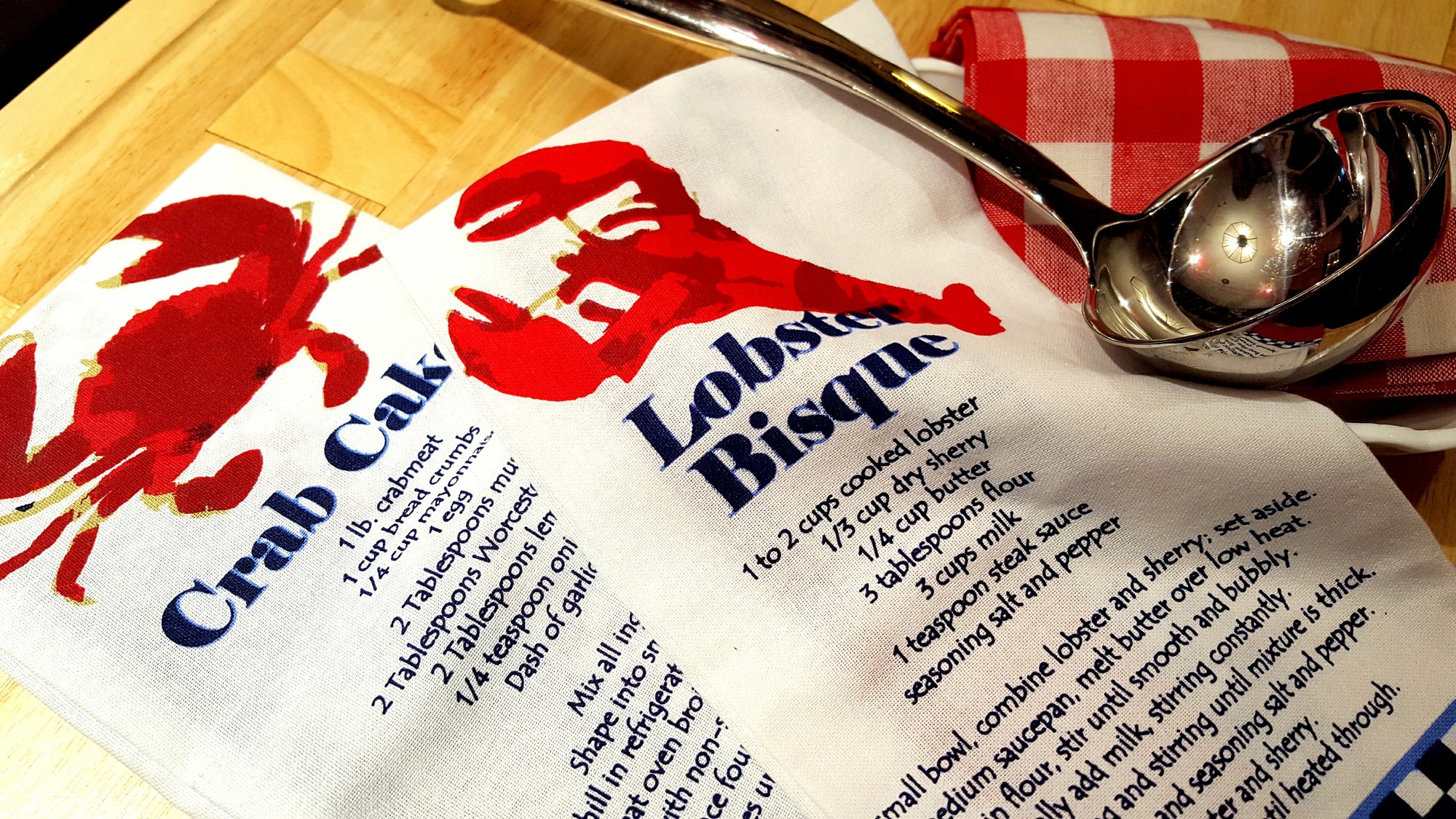 When Corinne Morse found one of her late grandmother’s handwritten recipes inside an old cookbook, she wanted to share it with her mother. So she transferred an image of the recipe card onto tea towels for her mother and other relatives.

“I just loved them. It was something I used all the time. It was with me in the kitchen while I was cooking and it was useful,” said Morse of Smyrna, Tennessee.

She was so pleased with the towels she created that she began offering the option for customization to others through Nesting Project , her online business and Etsy.com site . Sales of her custom tea towels featuring family recipes jumped from 1,500 to 10,000 in five years, she said.

Tea towels, which are typically made of linen, cotton or a combination of the two, have a smooth flat surface that’s ideal for printing and embellishing, Morse said. Used to dry dishes, they have become popular as gifts and as a simple way to brighten a kitchen.

“We find tea towels to be popular on Houzz because they’re an easy way to add character to any kitchen,” said Cynthia Simmons, a category manager with Houzz.com , an online source of interior design photos and decorating ideas. “Whether you’re looking to add a pop of color or a whimsical message, you can usually find a tea towel to fit any mood or theme.”

Etsy shoppers have searched for “tea towels” more than 450,000 times in the last six months, said Hannah Album of Etsy.com.

The practicality of tea towels also appeals to millennials and others concerned about the environment, said Leana Salamah, vice president of marketing for the International Housewares Association , in Rosemont, Illinois.

“Sustainability is huge,” she said. “The option for an absorbent tea towel versus a paper towel is appealing. The less waste millennials can produce, the happier they are.”

Tea towels’ approachable price point and wide array of themes make them particularly gift-worthy, said Laura Hill, who has worked in the gift industry for 20 years and currently runs the website www.aloveofdishtowels.com . There are tea towels themed around pets, cooking, holidays, hobbies, funny sayings and much more. “They’re easy to make personal,” she said.

Kay Gardiner of New York City, who has collected tea towels for years, considers them a form of folk art. Some of her favorites are kitschy ones depicting British royal weddings and births. She also likes towels with an artistic flair, like those created by well-known printmaker Jen Hewett .

Tea towels remind her of happy days spent in her grandmother’s kitchen. “I’m drawn to them,” said Gardiner. “They’re cheap and cheerful.”

Others appreciate that while many kitchen gadgets have gotten complicated, the tea towel hasn’t. “It’s a reminder of the simplicity of the kitchens we grew up in,” she said.

And tea towels do more than dry dishes and soak up spills, Hill noted. They can be used to keep baked goods warm and to cover up other fresh foods. She lines baskets with them or swaddles a bottle of wine for a hostess gift.