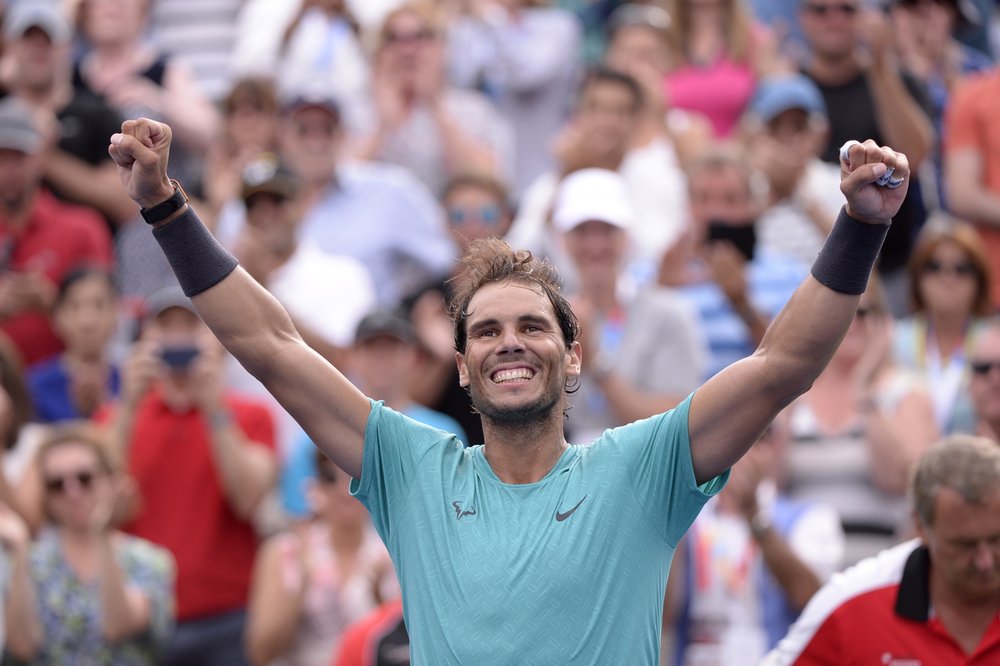 “I played a solid match, my best match of the week so far without a doubt,” Nadal said. “I did a lot of things well — changing directions, changing rhythms.”

The second-ranked Spanish star won his 83rd singles title and third of the year, following clay victories in Rome and at the French Open. He extended his tour record for Masters 1000 titles to 35, two more than top-ranked Novak Djokovic.

“He was playing very well during the whole week. So for me, it was important in the beginning that he doesn’t take advantage, because finals are always a little bit more difficult for everyone,” Nadal said. “I’ve played a lot of these. I know beginnings can be tricky, especially against a great player like him but especially when a player like him is playing with a lot of confidence like he was playing during the whole week.”

Medvedev, from Russia, was seeded eighth. The match was his first against Nadal.

“I knew how it’s going to be,” Medvedev said. “I was kind of ready for it. Then didn’t manage to probably show my best tennis, but at the same time Rafa was incredible today. I need to see the match on the TV to say for sure, but congrats to him. I need to do better next time.”

Nadal had a walkover in the semifinals Saturday when Gael Monfils withdrew because of an ankle injury.

Spain’s Marcel Granollers and Argentina’s Horacio Zeballos won the doubles title in their first event together. They beat Robin Haase and Wesley Koolhof of the Netherlands 7-5, 7-5.