Ralph Lauren has collected an accolade from Prince Charles and it's a doozy: Honorary Knight Commander of the Most Excellent Order of the British Empire for Services to Fashion. 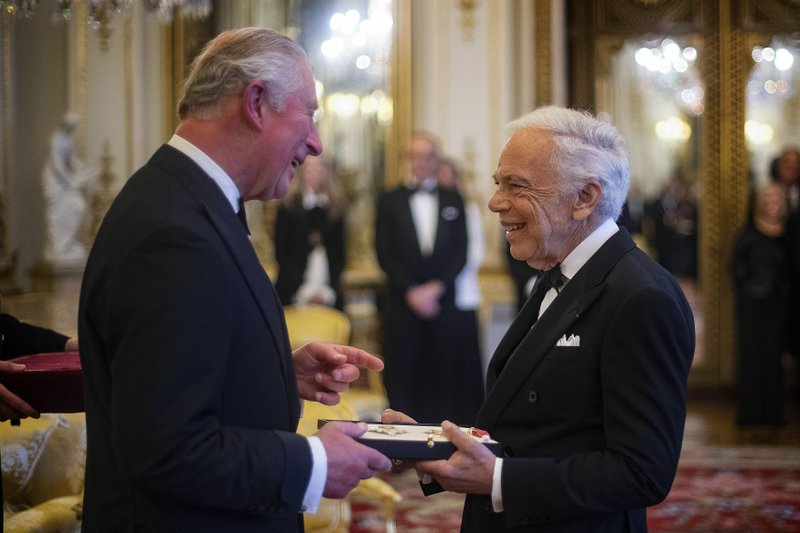 The Prince of Wales presents designer Ralph Lauren with his honorary KBE (Knight Commander of the Order of the British Empire) for Services to Fashion in a private ceremony at Buckingham Palace Wednesday June 19, 2019. (Photo: AP)

The designer was presented with the insignia, bestowed by Queen Elizabeth II, in a private ceremony Wednesday at Buckingham Palace.

A company statement says Lauren is the first American designer to be recognized with an honorary knighthood. Ralph Lauren Corp. has donated to a breast cancer research center in London and plans to financially support a second center as well.

Lauren said via email he's always been inspired by the history, traditions and culture of the U.K. and considers the knighthood a "very special moment" as he celebrates 50 years in fashion.