MADRID, May 27 (Xinhua) -- Real Madrid captain Sergio Ramos has received an offer to play in the Chinese Super League and has asked Madrid to grant him a free transfer, according to a story broadcast by Spanish TV network La Sexta on Monday. 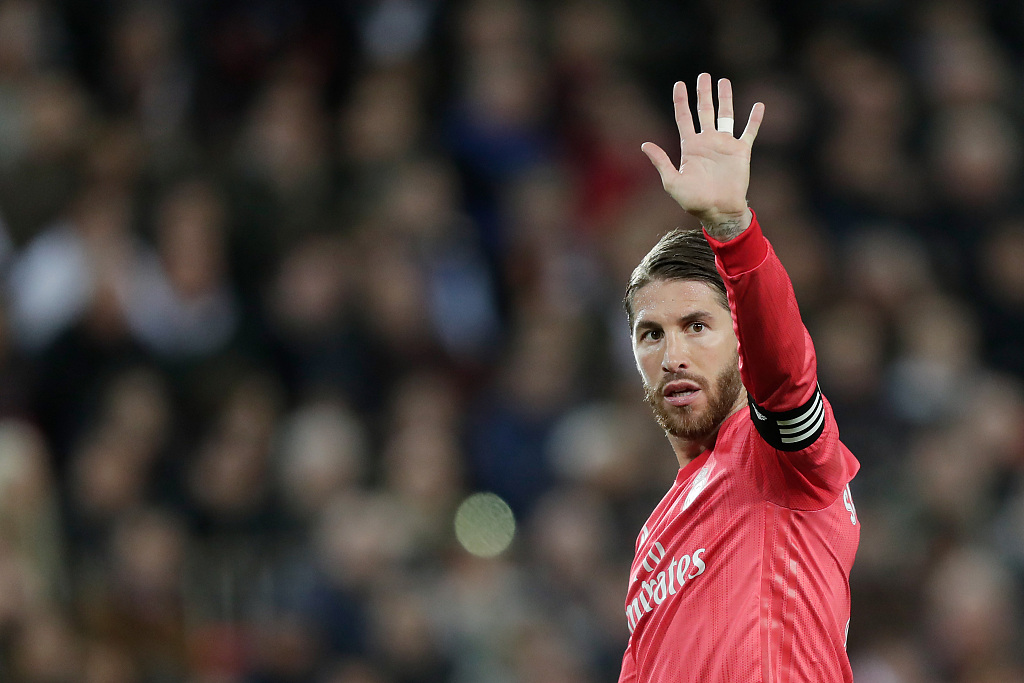 The sports program Jugones reported that Ramos, his brother and agent Rene Ramos, and his lawyer Julio Senn had held a meeting with Real Madrid president Florentino Perez, in which Ramos had asked to leave the club.

Ramos reportedly has a major offer to play for an unnamed Chinese club willing to pay the 33-year-old considerably more than he currently earns.

La Sexta says Perez rejected Ramos' request, insisting that "you can't go because Real Madrid can't give away their captain."

Ramos has a contract with Real Madrid until 2021 and a buyout clause of $800 million, so it will be almost impossible for him to leave unless the club agrees to reach an arrangement.

The relationship between Perez and Ramos has deteriorated in recent years, after Ramos used reported interest from Manchester United to push Madrid for a new contract, and it was widely reported the defender and Perez had a major argument following Madrid's exit from this season's Champions League in March.

After a disappointing season, Real Madrid are expected to carry out a major squad overhaul this summer, and although Ramos' experience would be valuable, removing his high salary from the club's wage bill would also free up a significant amount of money that could be reinvested elsewhere.