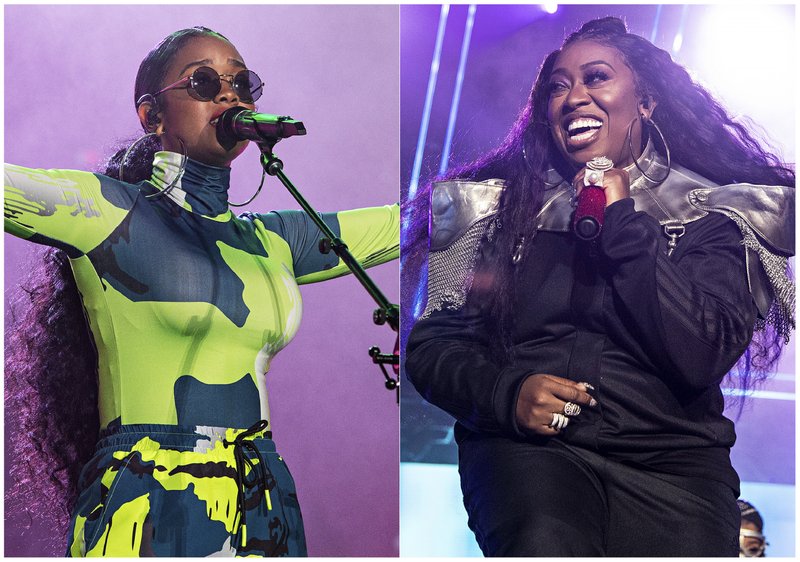 Almost three years ago, Missy Elliott sent a tweet to a then under-the-radar artist whose music she admired and told her that “she was going to blow up.”

Fast forward to 2020 and H.E.R. has been nominated for a total of 10 career Grammys, won two and is now starring with the rap legend in a new Pepsi commercial that will debut for the Super Bowl.

“When Pepsi reached out and said we want to have you on the Super Bowl commercial and the other person would be H.E.R. I was like, ‘Oh my God, this is major’” Elliott said.

Elliott first heard of the “Best Part” singer from a friend who had her debut album on repeat. Elliott thought the record was “hot” and “immediately started Googling her,” but couldn’t find much information beyond her mixtape.

“It made me fall in love with her music,” Elliott told The Associated Press in a recent phone interview. “I didn’t get into what she looked like, what she said, what she had on, it was just the lyrics and the tracks and all that and I was like, ‘This girl is really talented’.”

Now the pair are collaborating on a cover of the Rolling Stones’ classic “Paint it Black” for the commercial.

The animated ad for Pepsi Zero Sugar features H.E.R’s sultry sound awash in red, surrounded by fluid dancers swishing long, red trains before it melds into a black stage punctuated by an upbeat rap from Elliott. The new track was co-produced by Elliott and longtime collaborator Timbaland with original lyrics from both artists and guitar and vocals from H.E.R.

“It’s scary when you’re having to recreate something that is so iconic and make sure that you do it justice,” said Elliott, who performed at the Super Bowl with Katy Perry in 2015.

The two are the latest to join Pepsi’s ad lineup, joining the ranks of Ray Charles, Michael Jackson, Tina Turner and Britney Spears.

They bonded in the studio, where H.E.R. said they got to know each other on a more personal level.

“She was telling me tour stories ... I felt like I had the inside scoop. It was really cool to peek into her world,” said H.E.R. “She’s just dope musically…there’s nobody like Missy.”

She added she’s always admired Elliott’s individuality and creativity as a producer.

“Missy’s vibe is what I really loved and looked up to growing up, just how different she dared to be.”

So can fans expect to see the artists make an appearance in Miami for the big game?

H.E.R. is still recovering from her whirlwind Grammy weekend: She performed on the telecast and was nominated for five Grammys, including record, song, and album of the year. And Elliott is, um well, a little afraid to come to Miami even though she owns two houses here.

“Last time I was there I went to open the door and a gecko lizard jumped on my shoulder and I swore I’d never come back. I was so scared ... those little gecko lizards are everywhere.”