The Toronto Raptors have started fast in their first NBA Finals game. 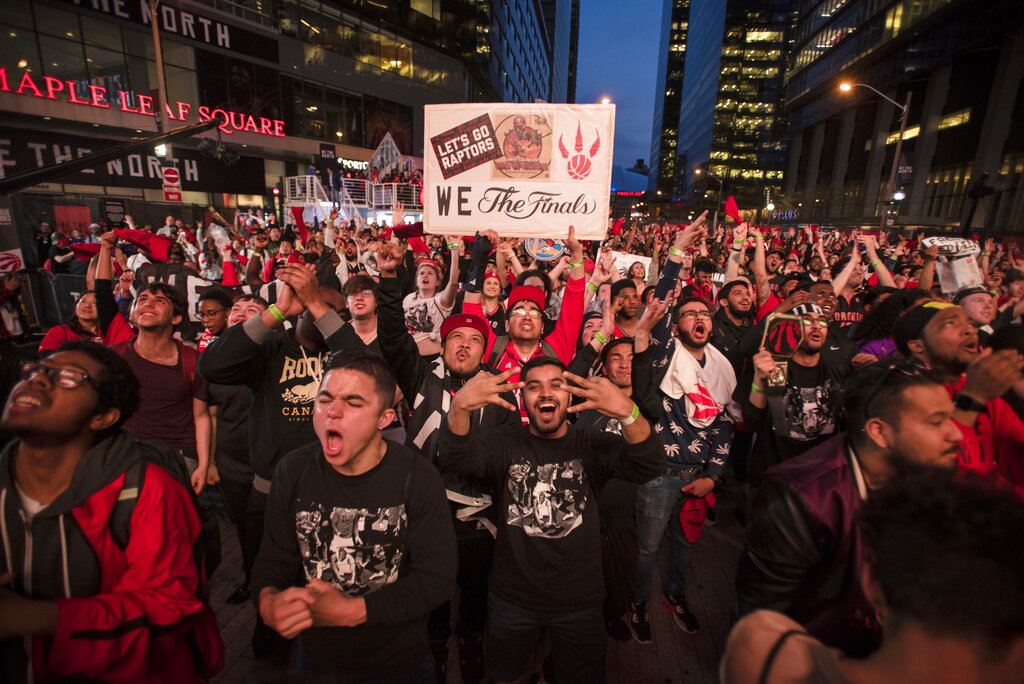 Toronto Raptors fans react in "Jurassic Park" outside Scotiabank Arena after the Raptors made their first basket in Game 1 against the Golden State Warriors in basketball's NBA Finals in Toronto on Thursday, May 30, 2019. (Photo: AP)

Marc Gasol made a pair of 3-pointers and the Raptors took a quick 25-21 lead over the two-time defending champion Golden State Warriors after one quarter of Game 1.

Stephen Curry's first three baskets of these finals were, predictably, 3-pointers — giving him 101 in his finals career. He gave a courtside look at Raptors superfan Drake afterward after the first one dropped.

Curry led all scorers with 11 points in the quarter. Gasol led the Raptors with eight.

The first Warriors' sub wasn't DeMarcus Cousins, but rather Kevon Looney. He replaced Jordan Bell with 6:12 left in the quarter. Cousins was on the floor to start the second quarter for his first game action since injuring a quadriceps muscle on April 15.