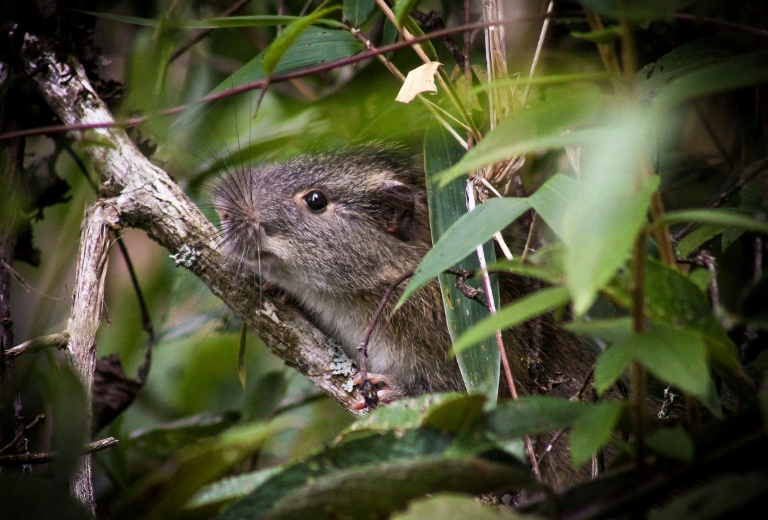 A rare rodent species known as a "bamboo rat" that lives around the Inca ruins at Machu Picchu in Peru has resurfaced after a decade of absence and been photographed for the first time.

A specimen of the rodent Dactylomis peruanus was spotted by guards among bamboo trees at the citadel, which is surrounded by a protected area, said the National Service of Natural Protected Areas.

The last time the animal was recorded at Machu Picchu was in 2008.

The bamboo rat lives in subtropical or wet tropical areas, according to Peruvian authorities.

It has also been reported at medium-altitude heights on the slopes of the Andes in northern Bolivia.

In Peru, the animal is on a list of creatures about which little is known because it is seen so rarely.