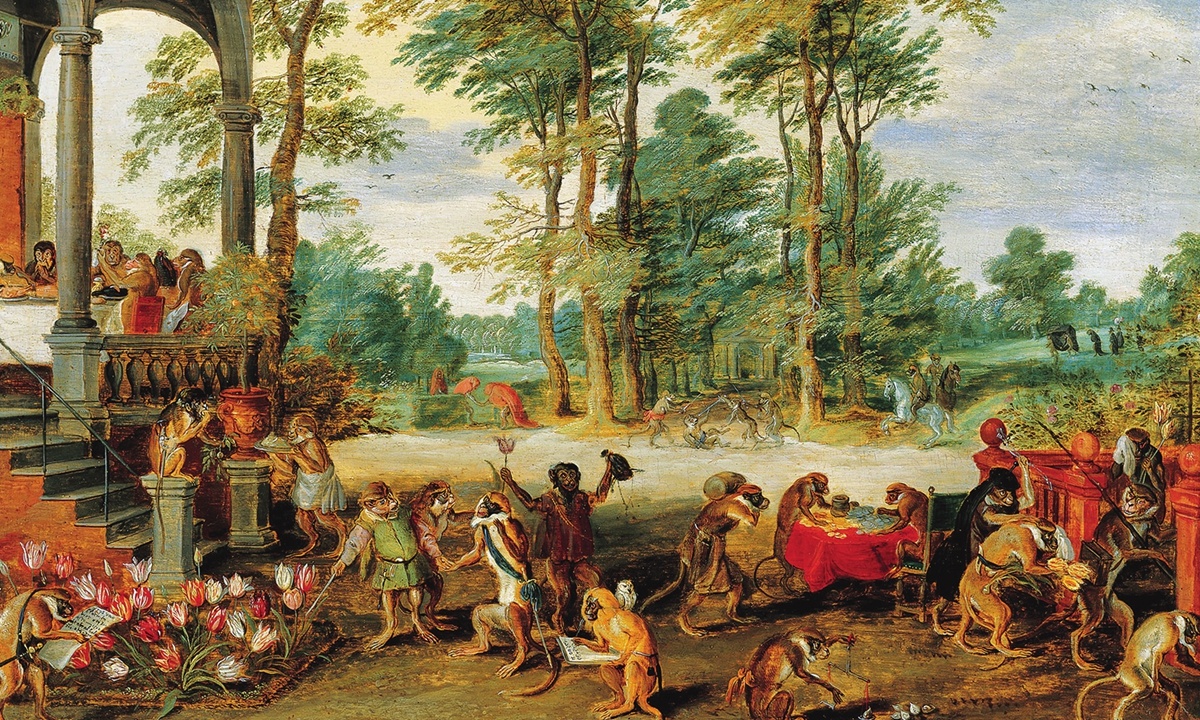 A Satire of Tulip Mania by artist Brueghel the Younger (Photo: VCG)

A Belgian auction house said Wednesday it had sold a painting by Flemish renaissance artist Brueghel the Younger, marking a rare home-territory transaction for the master.

Experts say that fewer than 10 of Brueghel the Younger's paintings change hands each year around the world - almost never in his home country.

Dubbed Farmers' dinner in the open air, the picture sold Wednesday represents a village scene from the early 17th century.

It was found in a château near Huy in Wallonia as the deceased owners' estate was being tallied up.

The heirs - a total of eight children - had no idea that the family art collection passed down through at least three generations included such a renowned painter, Legia founder Vincent de Lange told AFP.

"They themselves had no idea how this picture came to be there, because it goes back to the time of their great-grandparents," he said.

"The painting was in a sort of storeroom adjoining the house, out of the light and in a fairly constant temperature, so it's been very well preserved," De Lange added.

Just two of the children are taking on the château, but all agreed to sell the Brueghel artwork through an auction house when its value was estimated at between 300,000 and 400,000 euros.

De Lange blamed the "Covid effect" for the final price falling short of that valuation Wednesday, with only one online bidder expressing interest.

Pieter Brueghel the Younger (1564-1637) painted many festive scenes of village and country life.

He was the eldest son of Pieter Brueghel the Elder (1525-69), considered one of the great masters of the Flemish school alongside Jan van Eyck and Pierre Paul Rubens.