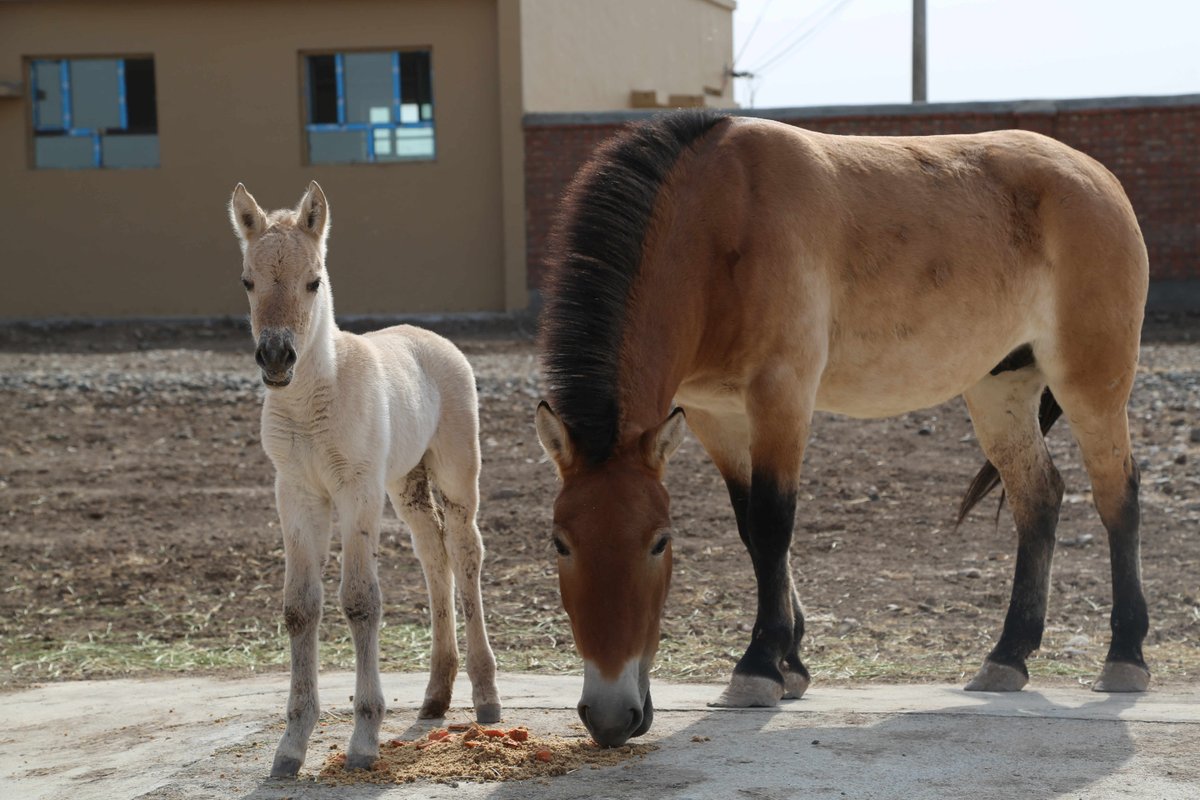 The Przewalski's horse, named after its Russian discoverer, is an endangered and rare species considered the only true wild horse existence today. The horse is native to the Steppes of Central Asia.

Once extinct in China, the horses were reintroduced to the country in the 1980s from Europe and raised in Xinjiang and neighboring Gansu Province. There are around 2,000 Przewalski's horses in total worldwide.

This year, the number of horses in the Xinjiang herd reached 411, with 206 living in the wild, said Zhang Hefan, a senior engineer at the Xinjiang Wild Horse Breeding and Research Center.

The Xinjiang breeding center is the largest wild horse breeding base in Asia.