MADRID, Nov. 13 (Xinhua) -- Real Madrid on Tuesday confirmed Santiago Solari as their new permanent first team coach until the end of June 2021 following a successful fortnight in charge since replacing the sacked Julen Lopetegui on Oct. 29. 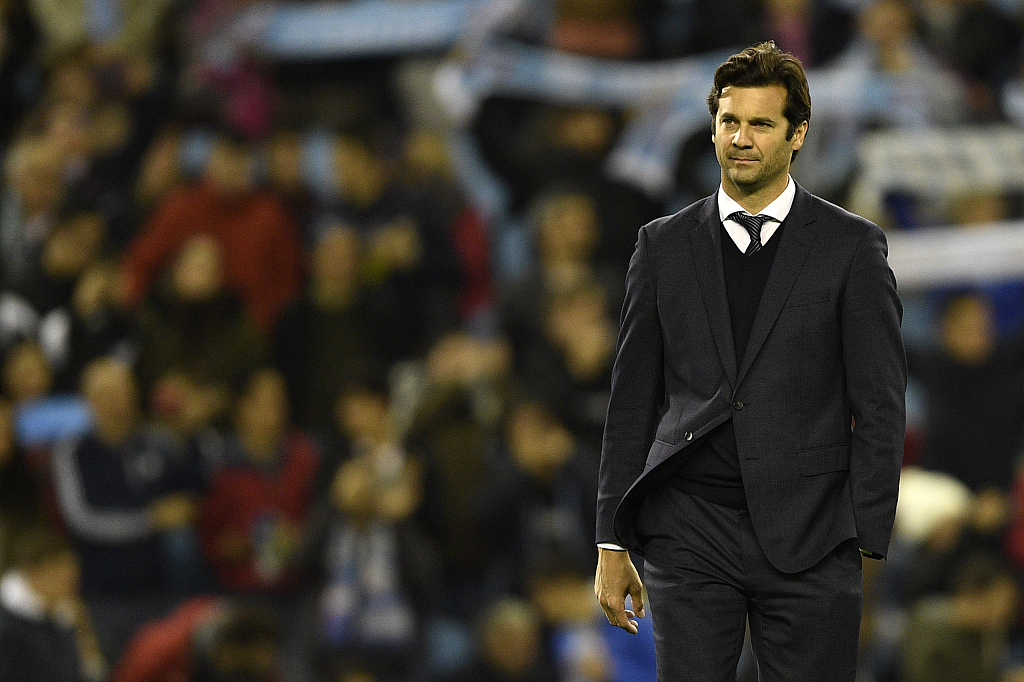 42-year-old Solari was promoted from the Real Madrid B-team (Real Madrid Castilla) on an interim basis and his four games in charge have led to four wins with 15 goals in favor and just two against, which is the best start any Real Madrid coach has ever enjoyed in the club's 116 year history.

Spanish rules state a coach can only be in charge of a club on an interim basis for two weeks, so this Monday Real Madrid President Florentino Perez had to decide whether to confirm the Argentinean as coach on a permanent basis or to return him to Castilla.

It had been reported in the Spanish press that Solari would be offered a deal until the end of June 2020, but finally the club has given him a contract for two and a half years as a sign of their confidence in him.

A former Real Madrid player, Solari scored 10 goals in 131 league appearances for the club between 2000 and 2005 and after hanging up his boots, he returned to work in the Real Madrid youth system in 2013, being made Castilla coach in 2016.

His numbers in just over two seasons with Castilla are decent but not spectacular, with 32 wins from 86 matches in charge with a team with the biggest budget in their league.

There was even speculation he could be replaced last season as the side failed to make the playoffs from the Segunda B (third tier of the Spanish game) to the second division (Liga 123), but he retained his position for the current season and the team was just outside of the playoffs when he was called on to replace Lopetegui.

A very amiable person, Solari is seen as a man who will be able to repeat the good relationship Zinedine Zidane enjoyed with the heavyweights in the Madrid dressing room, while also promoting young players he has worked with in Castilla.

His next game in charge will be the always difficult trip to face Eibar on Nov. 24.