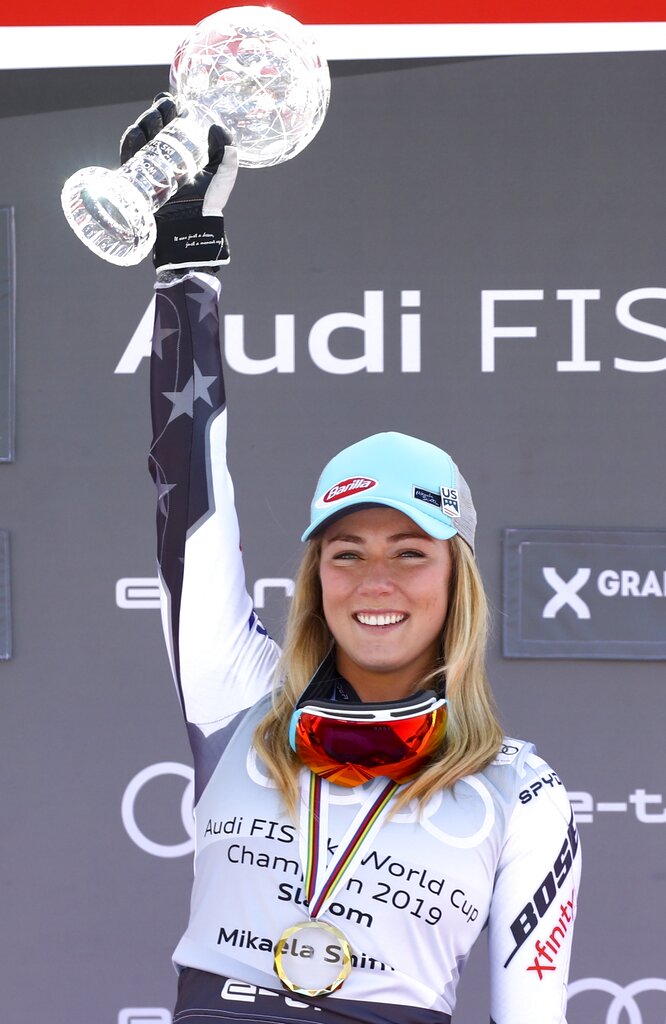 Last week the all-conquering American set a new record for most World Cup victories in a season with her 15th to pull clear of the previous benchmark of 14 set by Swiss legend Vreni Schneider who achieved that feat in 1988-89.

It was Shiffrin's 59th career success and comes three days after she celebrated her 25th birthday.

The unstoppable skier from Colorado had already been assured of the slalom small globe to go alongside her super-G globe and overall title.

Shiffrin is almost certain to add the giant slalom globe on Sunday when she only needs to finish in the first 15 places.

That would make her the first skier -- male or female -- to collect World Cup titles in overall, slalom, giant slalom and super-G discipline in a single season.