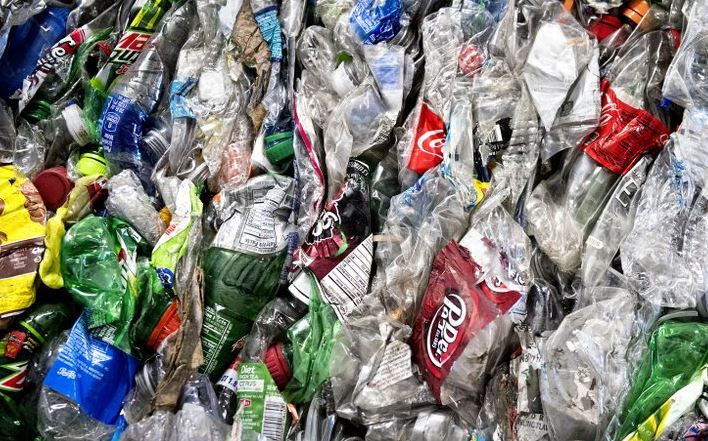 Los Angeles (People's Daily) -- Cities across America are changing the way they address the issue of recycling.

We live in a disposable society in which convenience is a priority. Single-use plastics such as grocery bags and bottles are common, not to mention those hugely controversial plastic straws. So too Styrofoam cups and food containers. On top of that, everything we buy nowadays seems to be wrapped in plastic.

Most of us throw things away after one use and therein lies a problem that requires global attention – devising the best way to get rid of all this stuff without adding to pollution and harming the environment.

When the environmental movement started in the 1970s, people didn’t think much about household waste. Whether it was paper, plastic, food scraps, cans, bottles etc., everything was tossed into one bin and got dumped in landfills. After a while though, it became clear that wasn’t really a long-term fix so a better solution was needed and voila, recycling was born.

Recycling is the process whereby waste is converted into new, useful products. It means less garbage is being sent to landfills or incinerators, which helps reduce air and water pollution.

It is now a $200 billion industry in the US and according to the US Recycling Economic Information Study (REI), the industry employs 1.25 million people.

Although it has been going on for some time, recycling efforts need to be improved considering the amount of waste disposed of every day.

Shift in approach to recycling

According to a 2016 Pew Research poll, 74 percent of Americans think the government should do “whatever it takes to protect the environment.”

The US recycles up to 21 percent of its plastic waste, while European countries recycle 35-40 percent of theirs.

The US used to send the bulk of its paper and plastic waste to China to be recycled, but that changed in 2018 when the Chinese implemented a policy called ‘National Sword’ in which they stopped importing the world’s waste to take pressure off their own environment.

‘Circular economy’ is something often touted as a way of addressing the plastic dilemma. Society needs plastic, but people need to recycle a lot more of it and then use it over and over and over again so that a lot of waste will be eliminated and, in the process, we reduce the amount of new plastic made every year.

One of the main problems with that, however, is the high cost for the recycling industry.

"Recycling is the underdog," Keefe Harrison, CEO of the Recycling Partnership, a nonprofit organization told NPR. "We're fighting an uphill battle to make it cost competitive from day one."

Environmental groups like Greenpeace and Break Free From Plastic point out that just because something can technically be recycled doesn't mean it will be.

There are literally hundreds of cities and towns across the US that have either cancelled their recycling programs or limited the types of waste materials they accept. And why? Because there are fewer buyers, so recycling companies are forced to charge cities more to recover some of their increasing overheads.

As a result, cities and towns are now facing a choice of whether to raise taxes, cut other municipal services or just stop recycling altogether.

Something else that has been exacerbating the problem is that people have been using the wrong bins. Inconsistent labels on bins means garbage has been going into recycling bins which has been causing issues for reprocessors who can’t use nonrecyclables in their process of making new materials for manufacturers.

Another problem is that around 40 percent of metropolitan households in the US don’t have access to recycling at home and it’s even higher in rural areas.

“Recycling has been dysfunctional for a long time,” Mitch Hedlund, executive director of Recycle Across America, a nonprofit that pushes for more standardized labels on recycling bins to help people better sort material, told the New York Times.

Scientists suggest what might help is to expand processing capacities in North America and Europe, get manufacturers to make their products easier to recycle, and cut down on single-use plastics.

While those are meritorious goals, here’s the problem – more than 8 billion tons of plastic have been produced in the last 60 years and that volume is growing. On top of that, at least 8 million metric tons of plastic end up in the ocean.

Landfills and incinerators can’t handle everything, so unless we figure out better ways of managing our waste, the world is going to have a gargantuan problem on its hands, and it’s all of our own doing.