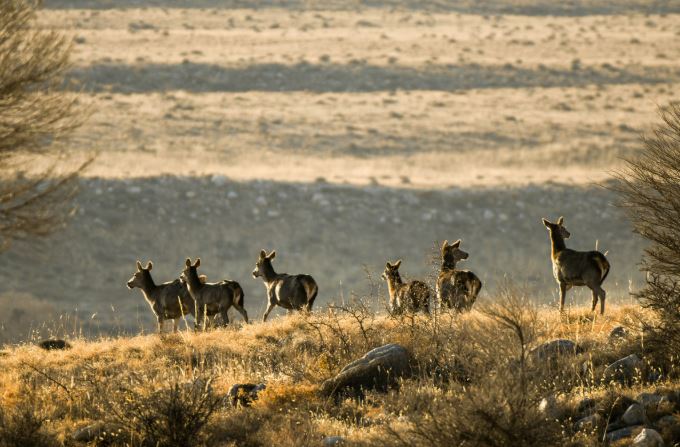 Red deer get together to enjoy the sunshine. (Photo: China Daily)

Thanks to the improvement of natural environment at the Helan Mountains in Northwest China's Ningxia Hui autonomous region, red deer, a nationally protected species in China, has been seen populating the mountainous area again.

Dubbed the "elf" of the area, the deer, particularly shy and fearful of human activity, is a variety of red deer that has only been found in the central part of Helan Mountains, mainly pine forests at the altitude of 1,800 meters. It is officially known as Cervusalashanicus.

China is home to the most species of red deer, boasting eight in total.

It is estimated the number of deer has increased to a little less than 1,000, due to better habitats and curbed grazing by the local government.