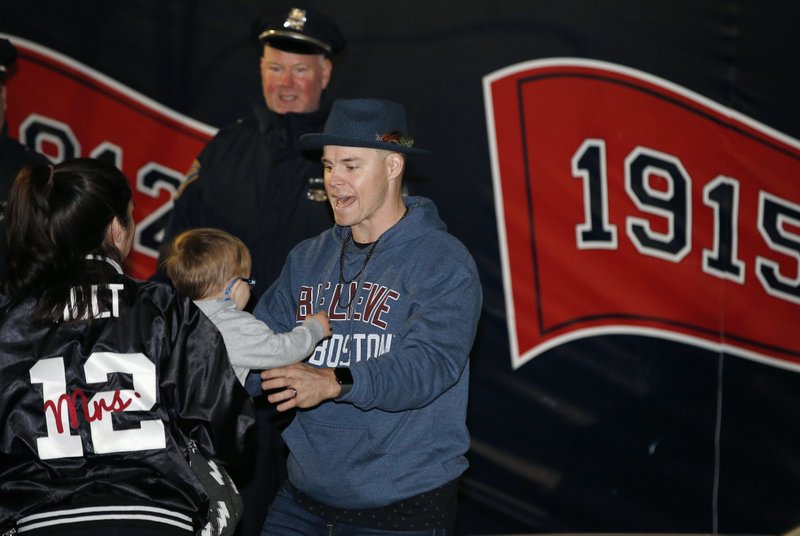 A caravan of buses arrived at Fenway on Monday night, less than 24 hours after the Red Sox beat the Los Angeles Dodgers 5-1 to win the World Series in five games, giving the organization its fourth title since 2004.

A couple hundred fans and about a half-dozen TV cameras were waiting for the team.

Fans started cheering when the buses arrived and roared when catcher Christian Vazquez got off the second bus holding the trophy.

Manager Alex Cora got off the first bus and held his index finger aloft to acknowledge the crowd. The players grabbed their luggage and left in their vehicles — with Brock Holt tooting his horn as he drove off. Many waved to the crowd, but none spoke.

Cora left the park wearing a grey sweat shirt with a hood over his head, walking down the street briefly unnoticed before he was followed and surrounded by about a dozen fans. He stopped a couple of times to sign autographs.

He was asked, “How does it feel to be a world champion?”

“Different,” Cora said before he strolled away.

The city of Boston has planned a parade of Duck Boats for Wednesday.