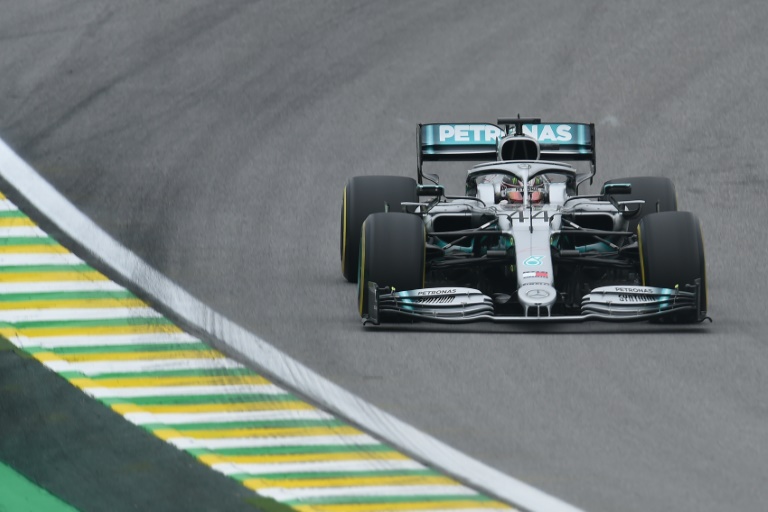 The Briton, revelling in an opportunity to drive without the pressure of fighting for the championship, clocked a best lap in one minute and 8.320 seconds to outpace nearest rival Red Bull's Max Verstappen by 0.026 seconds.

Charles Leclerc was third ahead of his Ferrari team-mate four-time champion Sebastian Vettel, who on Sunday is set to start his 100th race for the team, and Alex Albon in the second Red Bull.

Valtteri Bottas was sixth in the second Mercedes ahead of Daniil Kvyat of Toro Rosso, Alfa Romeo's Antonio Giovinazzi and the two McLarens of Lando Norris and Carlos Sainz.

After the heavy rain that wiped out Friday morning's action, the final session began in welcome dry conditions with Robert Kubica out early to enjoy some track time in his penultimate weekend with the Williams team.

He topped the early times on his own before Sainz set the pace for McLaren followed in turn by Daniel Ricciardo, Nico Hulkenberg, Leclerc and Vettel. Hamilton then took over as Mercedes joined the party, the champion's lap showing him out-performing the Ferraris comprehensively through the twisty middle sector.

In a closely-contested scrap, Verstappen put Red Bull on top after 25 minutes in 1:09.327, a full two seconds off Hamilton's record pole lap in 2018, but three-tenths ahead of the Englishman as the track temperature climbed to 36 degrees Celsius (96.8 Fahrenheit).