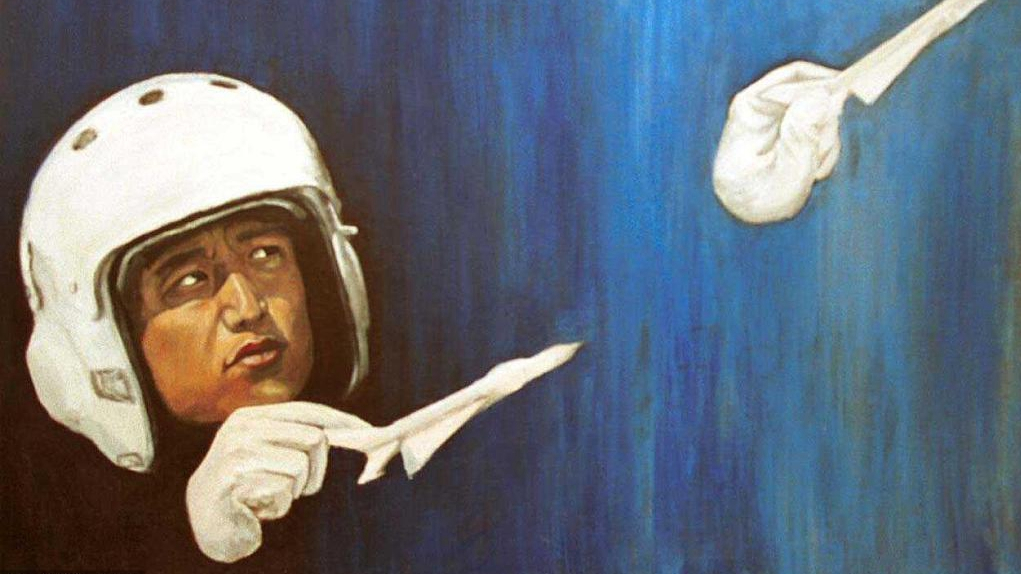 The number "81192" has shown up on many Chinese media outlets on this day every year for 18 years, reminding readers of a name most Chinese people won't and can't forget.

The Chinese navy and other units then began a 14-day large-scale search, even though it was thought that there was no possibility of Wang Wei being found alive taking all conditions into consideration. With his jet breaking apart around him, the young pilot perished in the ocean at the age of 33 in quite an unusual and heroic way. Nobody could possibly know what he was thinking of at the last second of life. But the country honors him for his patriotic spirit.

Pilot 81192, who was born in 1968 and joined the People's Liberation Army (PLA) after graduating from high school, has become a national hero.

Netizens on Chinese social media commemorate Wang Wei though 18 years have passed. Some of them were very little kids in 2001, their first realization that "fight for your country" is not just a slogan but a moment you decide to jump like the pilot was when they heard about the incident. Some are now at the same age as Wang Wei had he lived, in their 50s. They still want to show respect to the hero pilot in memory of his sacrifice.

"81192, the Liaoning aircraft has cleared its deck, please return!"

"If you are still in the airspace to intercept the US plane, please mind your fuel to return directly, or let me guide you to the Liaoning aircraft carrier for landing … 81192, please answer if you copy."

Millions of Chinese netizens reposted the message used to reach to Wang Wei before the collision. They left comments on the related articles and videos, repeated the message though nobody could answer it. This kind of content is posted more and more on various social media platforms in recent years as China's military grows larger and more developed, especially after China's first aircraft carrier the Liaoning began service in 2012.

These 18 years have seen a profound change in China's navy. Military fans always say it takes ten years to make army but a hundred years to build a navy. The unique charm of the navy is it showcases a country's winds of change. Looking back at the 70 years of development of China's People's Liberation Army (PLA) Navy, it perfectly reflects how China has struggled and risen.

After 18 years, Wang Wei's son has grown up and joined the navy. Though 81192 will never respond, the number is sealed in a lot of hearts.

It echoes a spark of the spirit Chinese will always remember.