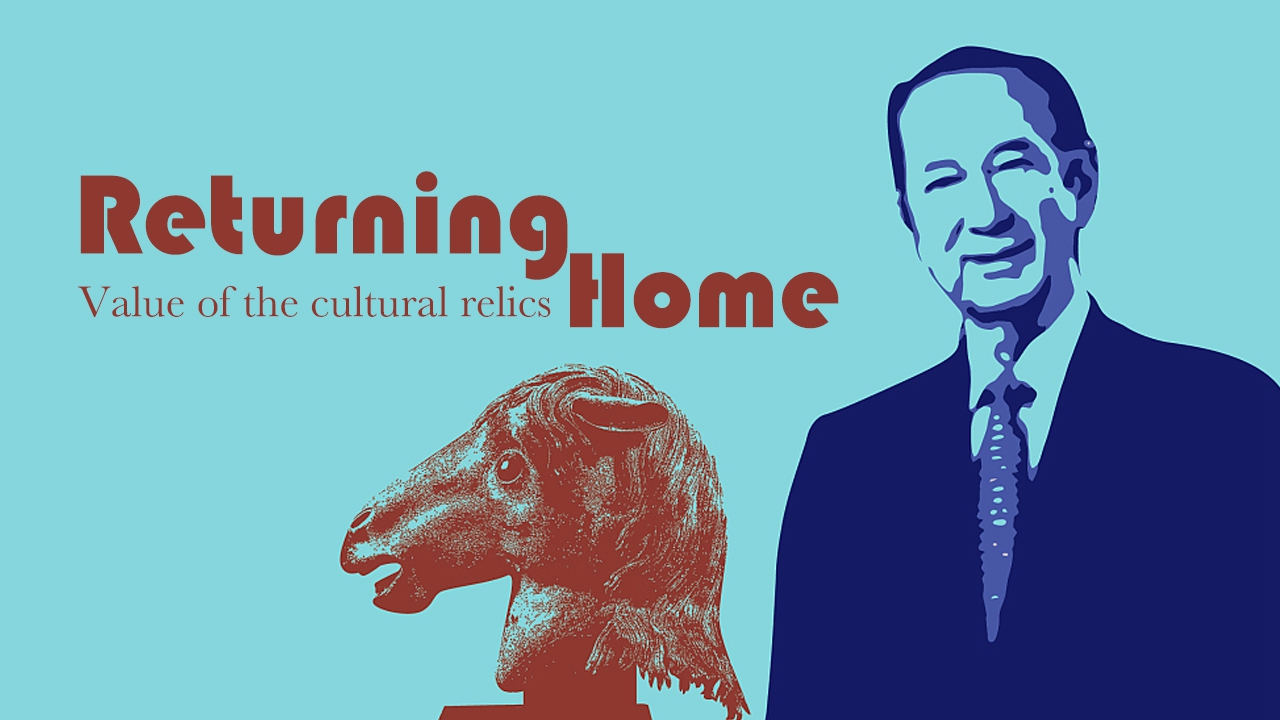 The bronze horse-head statue was returned to the Old Summer Palace last week, half a century after it was looted when the "Garden of Gardens" was burnt to the ground by Britain and French troops during their invasion of China back in 1860.

The statue was purchased and donated by Macao's businessman and philanthropist, Stanley Ho. It was not the first zodiac head statue donated by Ho. He bought the pig-head statue in 2003 and donated it to the Poly Art Museum.

Before he donated the horse head, the statue was displayed in Macao and Hong Kong as well. Ho said he hopes that by such an exhibition, more people would be willing to contribute their efforts in preserving the national cultural treasures.

What do we know about the 12 zodiac statues?

The returned statue was part of the 12-zodiac water clock outside Haiyantang of the Western Mansions, a group of buildings featuring western-style buildings, statues and engravings.

It was constructed by Emperor Qianlong (1736 – 1795) and was designed by Giuseppe Castiglione, an Italian artist and missionary who served the imperial court of three emperors during the Qing Dynasty (1636 – 1912) and left quite a number of works in China.

The horse head was made of red bronze, mainly with the techniques of lost-wax casting. The curves were smooth and the whole statue was a whole piece.

The country has now retrieved seven of the 12 statues. Besides the two donated by Ho, the mouse-head and rabbit-head statues were purchased by the French Pinault family, owners of French conglomerate Kering in 2009, and were donated to China in 2013. They are now preserved in the National Museum of China.

The Poly Art Museum purchased the cow-head, tiger-head and monkey-head statues in 2000, where the two were housed.

However, the whereabouts of the other five statues remain unknown.

Why is the returning of the statues significant?

In 2013, the price of two statues was driven up to 31.5 million euros at an auction in Paris. However, at that time, experts of cultural relics and ancient constructions used to question the real value of the statues.

Used as water nozzles of the fountain in the Old Summer Palace, the prices of the statues at the auctions could not reflect their true value.

The statues were previously used as fountain's water nozzles in the Old Summer Palace. The techniques used to make the statues are not complicated, and the prices were mostly driven high in the market.

But that does not mean the statues are without value. On the contrary, bearing with them the depth of history and the national cultural recognition, their value is innumerable. By driving the prices high, the public attention might be drawn entirely on the numerable figure, while their cultural value might be ignored.

"The returning of the cultural relics could be based on the friendship between countries," Chen Lyusheng, then deputy director of the National Museum once said.

In recent decades, China has been trying to get back the looted cultural relics by such measures, and many foreign collectors and museums have returned or donated such relics to China.

In 1993, US entrepreneur Maurice Greenberg purchased a set of bronze window and door panels robbed by the invaders from the Summer Palace, or Yiheyuan, and gave them back to China. In 2001, the National Gallery of Canada returned an Arhat stone sculpture of the Tang Dynasty (618 – 907), which used to belong to the Longmen Grottoes.

Many people have been working to build bridges of communication that will lead to the returning of the cultural relics. And every piece of returned relics has its own story of twists and turns to tell.

An exhibition of some of the selected returned cultural relics are now on display at the National Museum, with the seven recovered statues included. With a large number of relics still drifting overseas, the efforts will continue…