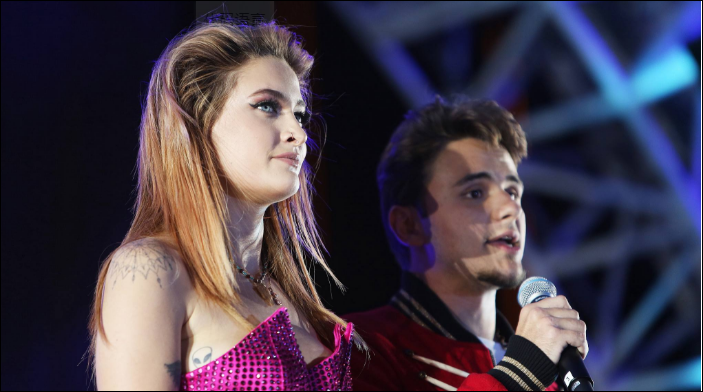 Nine years after the death of the "King of Pop," Michael Jackson's children and other family members came together to launch an auction, accept a posthumous award and remember the singer on what would have been his 60th birthday.

Children Paris and Prince Jackson, brothers Tito and Jackie and R&B singer Usher joined some 1,500 guests in Las Vegas on Wednesday for a performance of the Cirque du Soleil show "One," based on music by the "Thriller" singer.

Jackson died in Los Angeles in June 2009 after an accidental overdose of the powerful anesthetic propofol that he was using as a sleep aid. His personal doctor, Conrad Murray, served two years in prison for causing his death through negligence.

Paris, 20, and Prince, 21, accepted the Elizabeth Taylor AIDS Foundation Legacy Award for their father. Taylor, who died in 2011, was a close friend of the singer and Paris is an ambassador for the Foundation.

"It is a privilege and honor to be here about something that my dad was so passionate about," Prince Jackson said.

The siblings also launched an auction for a newly created pair of ruby and diamond-studded sneakers that are expected to fetch more than 50,000 US dollars at a November sale. The money will go to Taylor's AIDS foundation.