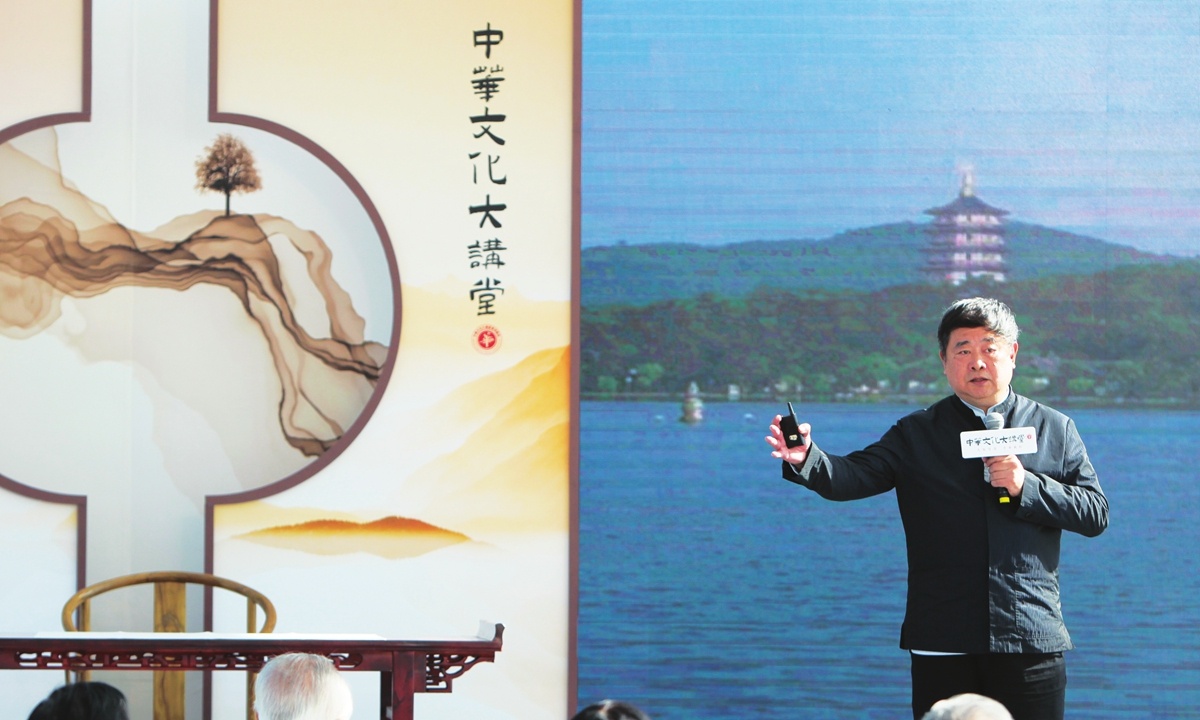 Shan Jixiang, former head of the Palace Museum Photo: Courtesy of the China Central Institute for Culture and History

After two years of preparation, renowned Chinese scholars and researchers have launched a new series of events focusing on traditional Chinese culture in Beijing. The series will include lectures, seminars and exhibitions, according to the organizers.

The first lecture on Thursday was hosted by Shan Jixiang, former head of Beijing's Palace Museum and now a researcher at the China Central Institute for Culture and History.

At the event, Shan reviewed the changes in public opinion toward China's rich cultural heritage that have taken place over the past few decades.

He noted that he thinks cultural relics need to once again become part of people's daily lives just like ancient city of Liangzhu, which has been converted into a park and a museum for millions of visitors.

"Visitors, especially young people, can visit the parks to learn more about Chinese culture. This really brings the ruins of the Liangzhu ancient city alive," he said.

Shan will also introduce his rich past experience working at the Palace Museum to promote the new series Chinese Cultural Forum.

According to the organizers, other experts on traditional Chinese culture, including Fan Jingshi, Sun Ji and Fan Di'an, will host follow-up events in the series, which is also scheduled to tour to other cities in China.