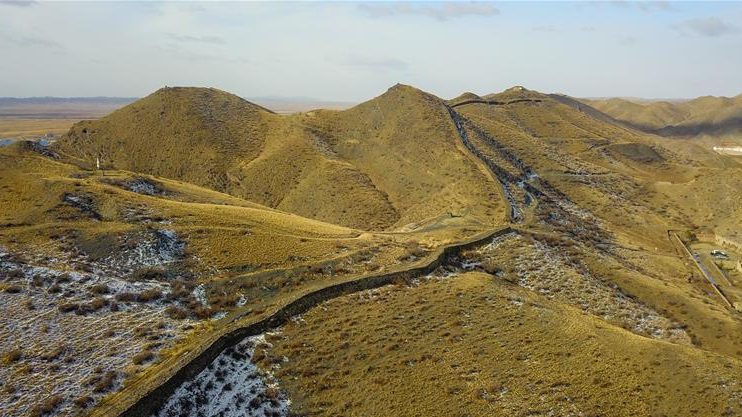 A section of the Great Wall dating back to the Qin Dynasty. (Photo: Xinhua)

Repair work has been launched to rescue dilapidated parts of the 2,000-year-old Xiaoshetai section of the Great Wall, located in the city of Bayannur in north China's Inner Mongolia Autonomous Region, said local authorities.

The project to be completed by 2021 will repair a collapsed five-kilometer section of the Great Wall dating back to the Qin Dynasty (221-207 B.C.).

With a total length of about 240 kilometers, the Xiaoshetai Great Wall is an important part of the existing Great Wall of the Qin Dynasty. There is a beacon tower standing every 0.5-1.5 kilometer along the wall.

The oldest sections of the Great Wall were built under the reign of the first emperor of Qin who required it to be built as a defense by the imperial court against northern tribes.

The Great Wall, a UNESCO World Heritage Site, consists of many interconnected walls, some of which date back more than 2,000 years.

In 2019, the Ministry of Culture and Tourism and the National Cultural Heritage Administration jointly released a comprehensive conservation plan to establish a long-term mechanism for the conservation and utilization of the Great Wall.