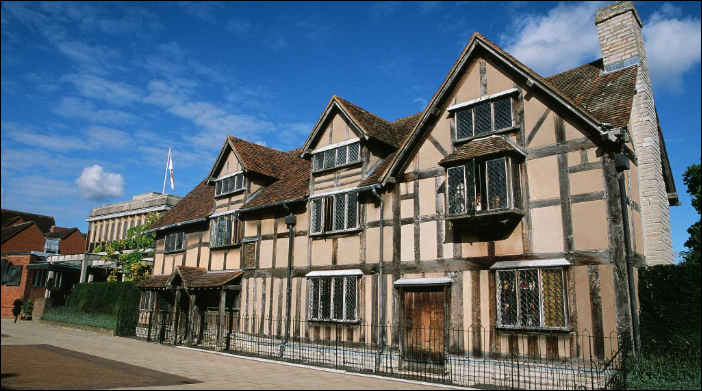 The Shakespeare Birthplace Trust announced on Friday that it will help to build a replica of British playwright William Shakespeare's family house in the hometown of ancient Chinese playwright Tang Xianzu, in Fuzhou, east China's Jiangxi Province.

"It will be the first time the house has been built anywhere in the world," said Philippa Ann Rawlinson, director of marketing and operations at the Shakespeare Birthplace Trust.

Shakespeare spent much of his life in the English town of Stratford-upon-Avon, where his house was knocked down in 1759. The trust has made extensive archaeological findings from the former building and plans to share architectural drawings with its Chinese partner for the making of the replica.

The trust has signed a cooperation agreement with the municipal government of Fuzhou after two years of extensive discussions.

The to-be-built town's name of Sanweng literally means "Three Senior Lliterati", referring to Tang, Shakespeare and Spanish writer Miguel de Cervantes, all of whom died in 1616.

Tang, a prominent writer born in Fuzhou during the Ming Dynasty (1368-1644), and Shakespeare were both active in the late 16th and early 17th centuries.

"Sanweng celebrates both our cultures, brings us close together and allows us both to learn about each other. We have a statue of Tang Xianzu in Shakespeare's birthplace," said Rawlinson.

Sanweng Town, with a planned coverage of 89 hectares, is still under construction and is scheduled to be completed in 2022. In addition to restoring the former residences of the three great writers, the town will also showcase cultural landscapes reflecting their masterpieces.