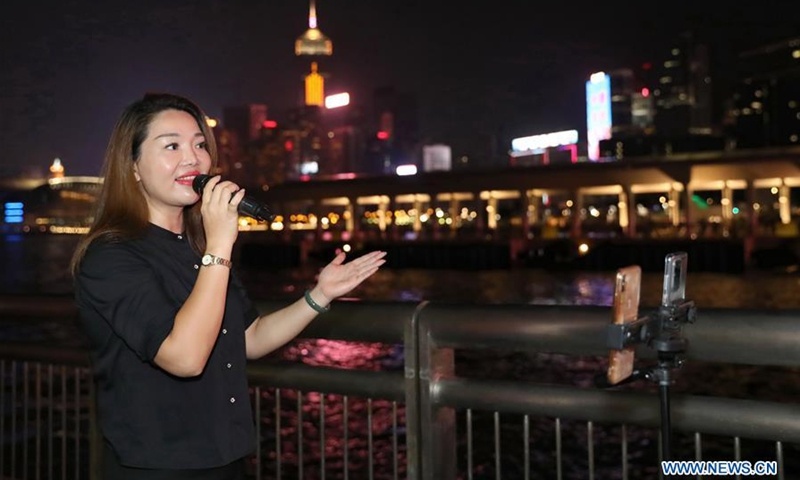 Chinese music platform NetEase Cloud Music has released a report concerning the living conditions of independent Chinese musicians, showing that the music industry is growing and online platforms have given more musicians the chance to shine and thrive in the industry.

The report published on Friday said that the living conditions of independent Chinese musicians have been improved considerably. Compared with 2017, more than 40 percent of independent musicians in China have enjoyed obvious revenue growth in 2020.

The total revenue of musicians participating in NetEase's Project Cloud Ladder, an initiative to encourage independent musicians to create better music, exceeded over 100 million yuan ($15,200,000) in the first 10 months of 2020.

Strengthened music copyright protection in China is an important reason behind this increase in revenue.

"More and more musicians are able to earn income from copyrighted works, such as live creation of lyrics and music. Music platforms also support independent musicians and give them chances to show off their works," Fan Zhihui, a music industry analyst based in Beijing, told the Global Times on Monday.

Two groups in the minority in the Chinese music industry, female musicians and musicians living in small towns and remote areas, has also been on the rise.

According to the report, women now account for 26 percent of total female independent musicians, up from 14 percent in 2016, while musicians living in third-tier cities or more remote areas in China account for nearly half.

The rise of these two minority groups among musicians can be attributed to the internet.

"The internet has made the music industry much more accessible as music resources are no longer the preserve of first-tier cities like Beijing and Shanghai. Musicians can go anywhere where there are computers to produce music and upload their works to online platforms," Fan noted.

The report, which surveyed 11,857 independent musicians, noted that independent music is now in a "neck-and-neck position" with mainstream commercial music in China in terms of quality, quantity and influence.