A recent report by the Zhejiang Library showed that there were about 18.7 million readers with library cards in Zhejiang province in 2018, an increase of over 9 percent compared to the previous year, hangzhou.com.cn reported Tuesday. 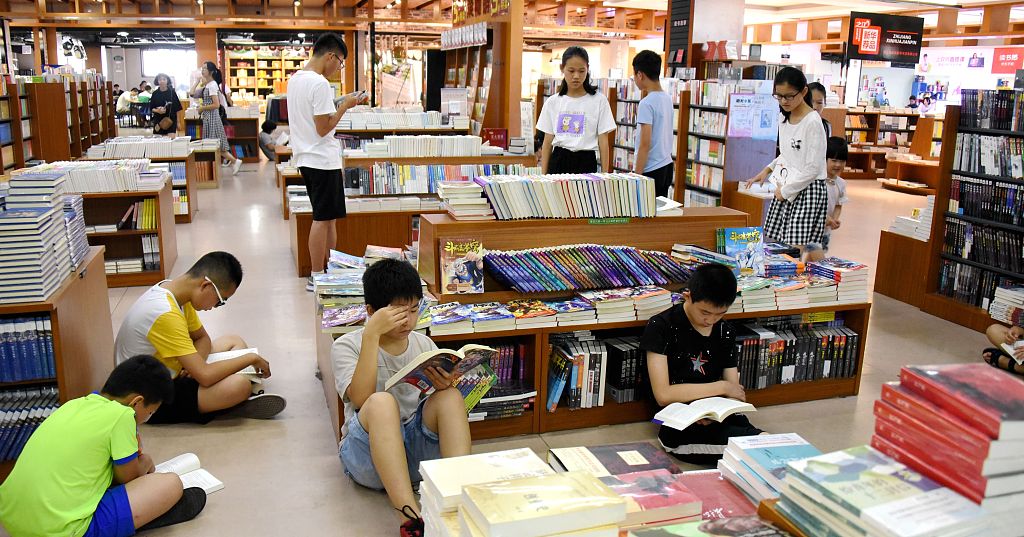 The report, which analyzed local people's reading habits and preferences, found 1.69 million people borrowed books from the library in 2018 and every individual in Zhejiang read 0.9 books on average that year.

The volume of checked-out books reached 47.59 million, accounting for 92.4 percent of total lending. If stack those books up, assuming 0.75 centimeters of thickness per 100 pages, the pile would measure up to 825.6 kilometers, which could stretch across two Zhejiang provinces.

According to the report, a male reader born in the 1970s borrowed the most last year, with 926 books. About 66.85 percent of the readers were people born in the 1970s, 1980s and 1990s. The number of female readers was 458,000 more than their counterparts, further widening the gap between the two genders.

The report also found people took out books with less than 200 pages the most, which accounted for 43.74 percent of the loans. For preferred genres, literature remained the favorite among readers, followed by social science and natural science.