CULTURE Reporters focus on Polanski’s film, not his crime, at Venice

Reporters focus on Polanski’s film, not his crime, at Venice 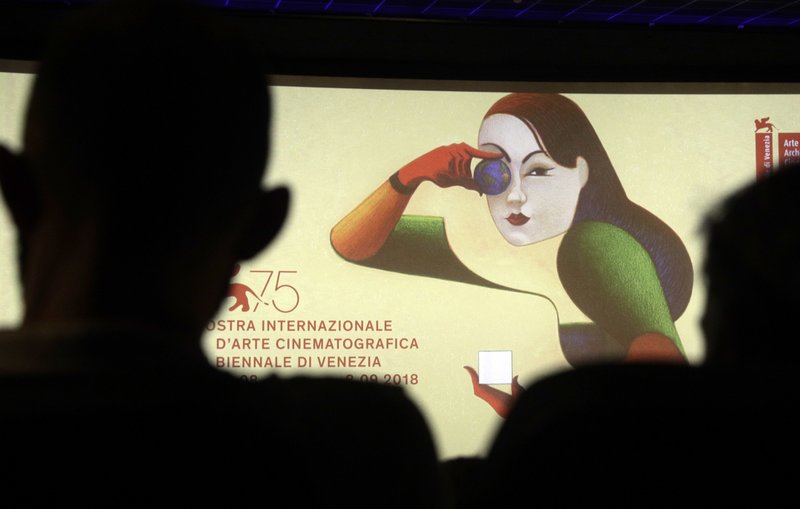 Journalists are silhouetted against the logo presenting the 75th edition of the festival during its presentation in Rome. (File photo: AP)

Roman Polanski is not at the Venice International Film Festival, but his new film, “An Officer and a Spy” is.

Yet, after much hand-wringing over its inclusion among the films in competition for the Golden Lion award, journalists at a news conference Friday stayed focused on the film itself, a true story about the wrongful persecution of French officer Alfred Dreyfus in 1894, and not the director’s past.

Polanski fled the US after pleading guilty to unlawful sex with a 13-year-old girl and has been a fugitive for more than 40 years. Although he continued making films with prominent actors and his 2002 film “The Pianist” won multiple Oscars, Hollywood’s acceptance of Polanski has waned in the #MeToo era. He was even expelled from the Academy of Motion Picture Arts and Sciences in 2018, after 50 years of membership.

“An Officer and a Spy” premiered Friday at Venice on the Lido. The audience at the first screening applauded enthusiastically, as did many reporters at the news conference when the producers and cast, including actress Emmanuelle Seigner, who has been married to Polanski since 1989, walked into the room.

“Obviously you know Roman Polanski is not here,” said producer Luca Barbareschi at the outset. “We will answer only for as much as we know for the production, acting and ... leave aside any polemic which is not important.”

He added that this is a film festival, “not a moral trial.”

It’s the same message that festival director Alberto Barbera has stated time and time again since announcing that the film would be premiering at the 76th edition of the festival.

Barbera has been asked many times about including a film from Polanski and has stood by its artistic merit.

“I am convinced that we have to distinguish between the artist and the man,” Barbera said Wednesday. “The history of art is full of artists who committed crimes of different nature, of a different seriousness. Nevertheless, we have continued to consider and to admire in many cases their works of art.”

But while Barbera and Lucrecia Martel, an Argentinian filmmaker who is presiding over the jury that will decide on the Golden Lion winner, were grilled about Polanski in the same room just days earlier, his producers, cast and composer were spared a similar line of inquiry.

Instead, they stuck to talking about the film, its themes of persecution, anti-Semitism and its message of tolerance triumphing over ignorance. The actors also praised Polanski in spite of his sometimes harsh and demanding style of directing.

Jean Dujardin stars in “An Officer and a Spy” as Georges Picquart, who, after being promoted to lead a counter-espionage unit, starts to question the evidence behind the demotion and imprisonment of the Jewish French army Captain Alfred Dreyfus (Louis Garrel), accused of being an informant to the Germans.

Producer Alain Goldman touted the power of film to remind the next generation of the mistakes of the past.

“Film is a way of combating ignorance,” Goldman said.

Seigner added: “This feeling of persecution is easy to understand. It’s enough for you to consider what has happened in his life.”

The press notes for the film also include an interview with Polanski conducted by French writer Pascal Bruckner, in which Polanski says he relates to the story of the Dreyfus affair.

“In the story, I sometimes find moments I have experienced myself, I can see the same determination to deny the facts and condemn me for things I have not done,” Polanski says in the press notes. “Most of the people who harass me do not know me and know nothing about the case.”

It was a striking contrast to Wednesday, when Martel was asked multiple times about how she would judge a film by Polanski. She gave a nuanced answer, stating that she doesn’t separate the man from the artist and would not jump to congratulate Polanski. Her reply was interpreted by some as prejudice against the film.

She even had to issue a statement explaining that her comments had been misunderstood and that she doesn’t have prejudice toward it. If she did, she said, she would have resigned as president of the jury.

“I am not opposed to the presence of the film in competition,” Martel said in the statement. “I will watch the film like any other in the competition.”

When asked whether that would influence the jury’s decision in the end, Barbareschi responded that, “The past is the past. We need to focus on the present. The film must be able to speak for itself and the public will judge.”