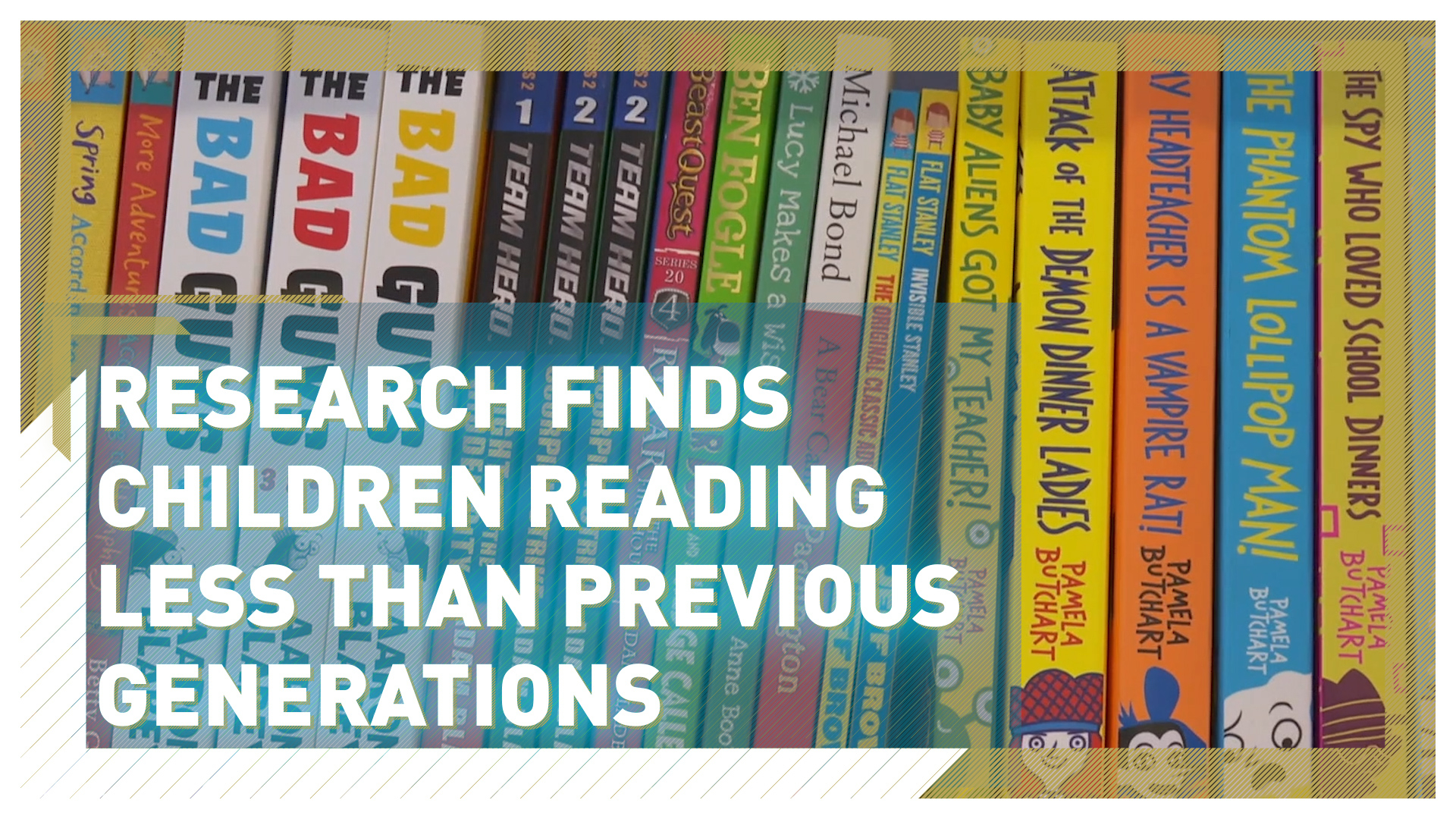 If you ask children whether they prefer to read a book or play on an electronic device, you will get a range of answers. Ten-year-old Ollie from Bristol considers the choice for a moment.

"Probably a book. Actually, definitely a book, because I think, iPads, they just draw you in, you're sat there for ages and then you get addicted."

His friend, 12-year-old Isabelle is more torn, when presented with the choice. "I'm not sure, it's kind of hard, because I love books, they're just really fun, but then iPads are good, too," she said.

While Ollie and Isabelle may love books, they are part of a generation that is reading less than ever before. An annual survey by the UK's National Literacy Trust, released to coincide with World Book Day, shows that in 2019, 26 percent of under-18s in the country spent some time reading each day – the lowest level recorded by the charity since the survey began in 2005.

Last year, the charity spoke to almost 57,000 children aged nine to 18. Overall, just over half (53 percent) said that when they did read, they really enjoyed it. That figure is at the lowest level since 2013. While hundreds of thousands of children in the UK would have spent World Book Day dressed up as their favorite book characters, children have more distractions from reading than ever before.

Hazel Broadfoot has spent her entire career in bookshops. She owns the independent Village Books in Dulwich, South London and is a World Book Day Trustee.

"In general, it's harder to get children to read because there's so much competition from screen-based activities. It's fairly common to be out and see young children clutching mobile phone screens or iPad screens," she said. "Obviously, as a bookseller and someone who loves books, I'd like to see all the opportunities that books bring."

But it's not just competition from electronic devices that may be to blame for children reading less. World Book Day will once again be handing out a free book to hundreds of thousands of children across the UK. The organizers have conducted research that shows for around one-third of vulnerable children, the book they receive on this day will be the first book they own.

Hazel Broadfoot said the charity is trying hard to reach as many children as possible.

"We know the thing that is most enhancing of a child's prospects in life, more so than their education, is that they will read for pleasure. So World Book Day is very much about trying to encourage a love of reading for pleasure."