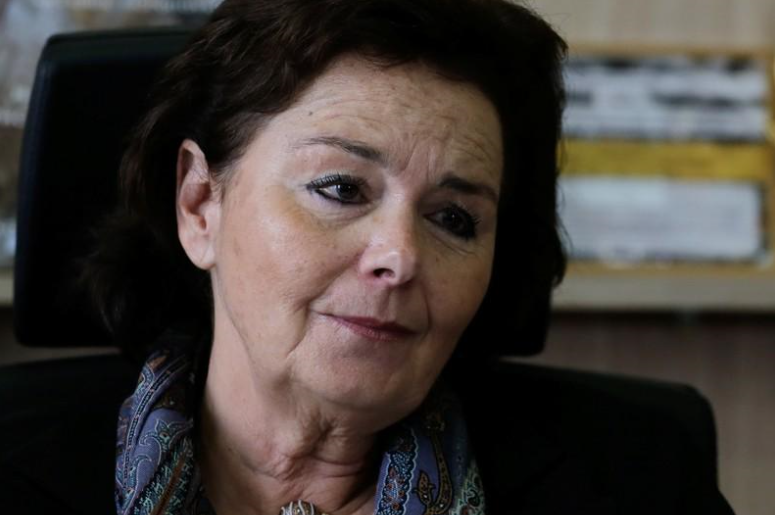 Professor Antonia Moropoulou, Chief Scientific Supervisor from the National Technical University of Athens, who directed the project of the restoration on the site of Jesus's tomb, speaks during an interview with Reuters in Athens, Greece, November 30, 2017. Photo: REUTERS

Mortar under a slab at the heart of Jerusalem’s Church of the Holy Sepulchre dates to the era of Roman Emperor Constantine, confirming historical accounts of the discovery of the place where Christians believe Jesus was entombed, researchers say.

According to historical accounts, Constantine - who was the first Roman emperor to convert to Christianity - discovered the rocky tomb with assistance from his mother Helena between 325 and 326 AD, buried beneath a temple to the Roman goddess Venus.

Today it is visited regularly by millions of pilgrims and tended by priests from several Christian denominations under strict rules still in place from the Ottoman era.

Virtually razed to the ground in 1009, the Holy Sepulchre complex was rebuilt over the centuries by various Christian groups, including the Byzantines and the Crusaders from the 12th century onwards.

But a team of scientists and restorers who completed almost nine months of work on the tomb last March said they were able to determine that a slab at the heart of the compound dated from Constantine’s time.

The researchers restored a structure inside the church called the Edicule, which is believed to house the tomb itself. Their work included removing a marble slab which covers a ledge where Christ, according to Christian scriptures, was lain after crucifixion and resurrected on the third day.

Professor Antonia Moropoulou, Chief Scientific Supervisor from the National Technical University of Athens, who directed the project of the restoration on the site of Jesus's tomb, speaks during an interview with Reuters in Athens, Greece, November 30, 2017. Photo: REUTERS
A second fractured slab was found beneath the top slab,  attached to the bedrock and engraved with a cross. Analysing gypsum mortar connecting that slab to the bedrock allowed them to determine its age, dating it to 335-345 AD.

“When we opened the tomb and saw this broken grey slab with an engraved cross we didn’t know from which era it was,” Moropoulou told Reuters. “We concluded, according to concrete results, that the slab which was adjoined to the bedrock of the tomb of Christ was of the Constantinean era.”

Moropoulou said she herself had half expected to find that the slab, like the church around it, dated from a later era.

She felt “great. Very happy indeed. I did not expect it...but the monument talks, and it says its history.”