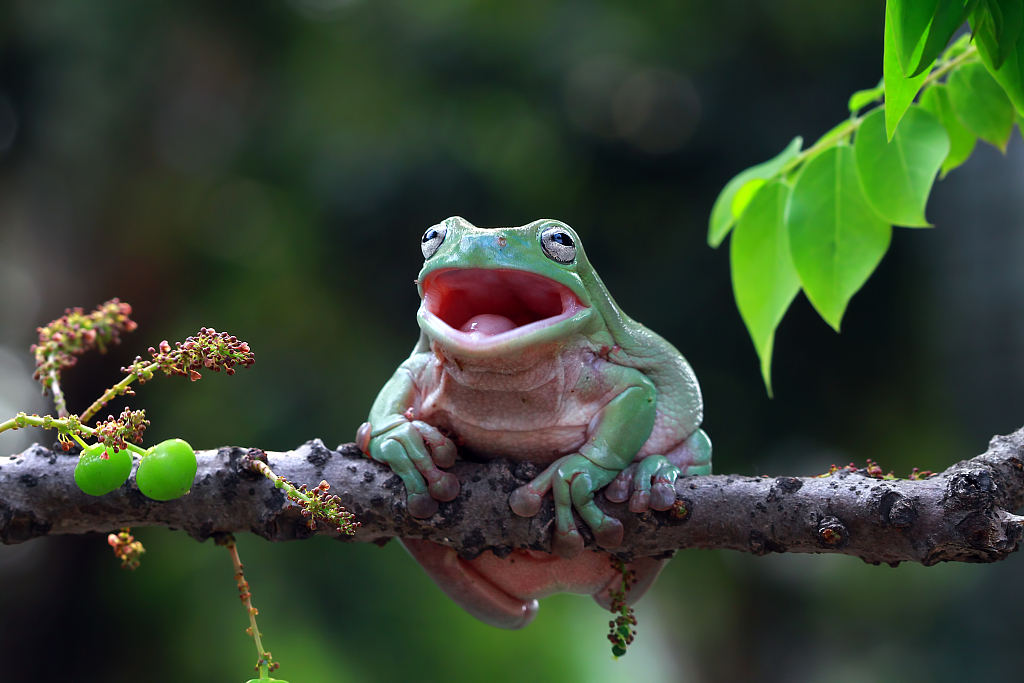 BEIJING, March 27 (Xinhua) -- Chinese researchers have found new records of three frog species in Myanmar, according to a recently published research article in the journal Zootaxa.

The researchers from the Kunming Institute of Zoology under the Chinese Academy of Sciences conducted a field study in north Myanmar and proved the amphibian species diversity by disclosing the frogs, including Polypedates braueri, Nasutixalus jerdonii and Oreolalax jingdongensis.

They confirmed the identity of the frog specimens by evaluating the matrilineal relationships and analyzing the gene sequences with relevant homologous sequences, said the article.

The research indicated that northern Myanmar is a biogeographic corridor for the surrounding regions. Due to urbanization, the country's species diversity is suffering habitat degradation.

The researchers hoped to provide data assistance for the biodiversity conservation of the region. Enditem