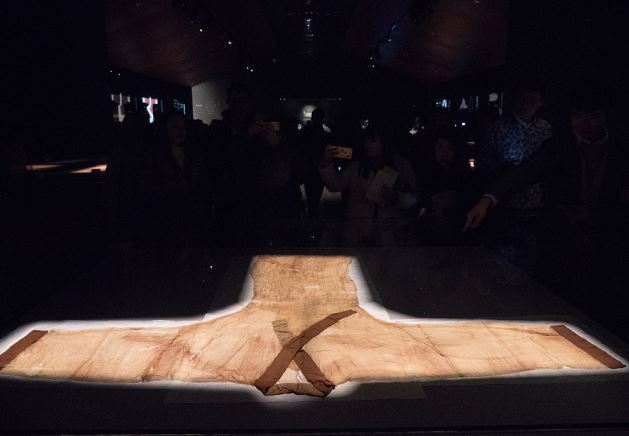 Chinese researchers have managed to replicate a 49-gram item of silk clothing dating back more than 2,000 years, according to the museum that has it in collection.

A joint team from Hunan Provincial Museum and Nanjing Yunjin Institute managed to create a 49-gram duplicate with all the color details after working on it for two years.

"Silk worms have become fatter today than in the western Han Dynasty and spin much heavier silk," said Yang Jiyuan, an expert with the Nanjing institute. "The machines used for weaving have also changed a lot."

To create the duplicate, the team found a special variety of silkworm that can spin light silk, and designed weaving machines similar to ancient ones.

The duplicate is expected to replace the original silk clothing, and to be on display in the Hunan Provincial Museum.