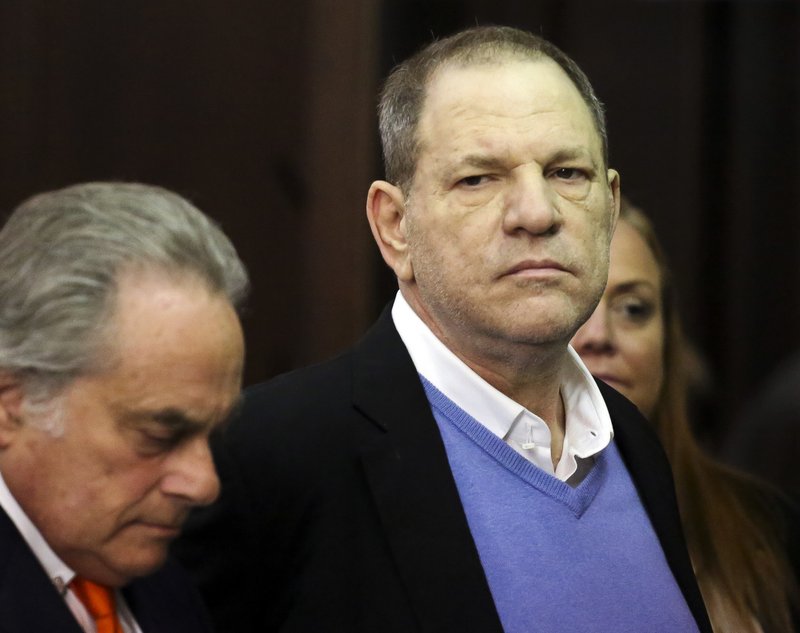 Throughout much of last year, millions of American women resented that a man who’d bragged about sexually assaulting women had been elected president. Then came an electrifying moment — detailed allegations that another powerful man had sexually assaulted or harassed dozens of women as one of Hollywood’s leading producers.

“It just explodes. It was like throwing a match into a bucket of kerosene,” said Kathy Spillar, executive director of the Feminist Majority Foundation, describing the reaction to accusations against Harvey Weinstein that helped launch the #MeToo movement.

Donald Trump’s victory in 2016 hardened the resolve of many women who, when confronted with the Weinstein case in October, saw a rare chance that a serial predator with immense prestige and clout might be held accountable.

“We, as victims of that kind of behavior, we had all heard that kind of talk before,” said Weinstein accuser Louisette Geiss. “And then you felt like, oh my gosh, now someone can treat women like that and become president! It was just, ‘Enough is enough.’”

Spillar suggested that the intense response to Weinstein arose directly from Trump’s election.

“The backlash to him and his election was so massive among women that that was the setup,” Spillar said. “I don’t think the Weinstein Effect could have happened without the Trump Effect first, and the massive women’s marches and the protests.”

For some women, Weinstein’s arrest Friday on rape and criminal sex act charges was a relief. It was bittersweet for Danielle Campoamor, a New York-based writer and editor who says she was sexually assaulted by a co-worker five years ago.

“I watched Harvey Weinstein walk out of the police station in handcuffs and closed my eyes and thought about what it would be like to see my rapist walk out in handcuffs,” she said. “It’s something I will never see. But so many women today did, and that’s something.”

Campoamor agreed the Weinstein case should be viewed in the context of Trump’s rise to the White House.

“We heard these stories (about Weinstein) after a man accused of sexual assault and harassment from multiple women ascended to the highest office in the country,” she said. “Victims of sexual assault want to believe that justice will be served regardless of who the abuser is. Weinstein has shown us that it’s possible.”

Though the Weinstein allegations, as initially reported by The New York Times and The New Yorker, were a catalyst for #MeToo, the movement did not emerge out of thin air. Activists involved in combatting sexual assault on campus and in the military had laid groundwork over the previous years, and were poised to help expand #MeToo once it emerged.

“It was activists on the ground who really primed our culture to be ready for this,” said Jess Davidson, a sexual-assault survivor who is now interim executive director of End Rape on Campus.

For Toni Van Pelt, president of the National Organization for Women, news of Weinstein’s arrest brought “a tremendous sense of relief.”

“Law enforcement and prosecutors are no longer protecting men,” she said. “They are believing the victim and diligently prosecuting, and that gives other women the courage to come forward.”

Reflecting back to October, she said the initial revelations about Weinstein were so powerful “because credible newspapers finally published the story from a women’s point of view.”

And it helped, she said, that some of the initial accusers were celebrities who found news outlets eager to provide coverage.

The Weinstein allegations “demonstrated that men who prey on women have handlers and enablers that allow them to assault and harass with impunity — silencing victims and ruining lives,” said Debra Katz, a sex-harassment lawyer based in Washington, D.C. “Exposing not only the harassers ... but the systems that allowed them to get away with this for decades jump-started the #MeToo movement.”

“The story is a combination of excellent journalism, high-profile women willing to speak out publicly ... the sheer number of women who then spoke out about their own experiences with him,” Goldin said in an email.

“Given that most women never report sexual assault or sexual harassment to authorities, hearing these famous women tell their stories resonates deeply with women,” she added.

Goldin says she’s been heartened that many high-profile women with Hollywood ties have now joined in helping create the TIMES UP Legal Defense Fund so that women without wealth and privilege can also seek justice.

That fund, administered by the National Women’s Law Center, is already connecting low-wage women with attorneys who can help them pursue complaints of sexual assault and harassment.

“I think this is just the beginning,” said the center’s CEO, Fatima Goss Graves. “It’s not going to end with seeing Harvey Weinstein in handcuffs. It’s bigger than one man.”