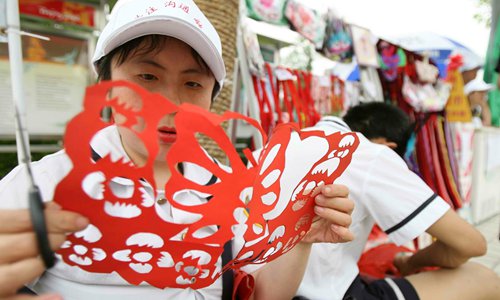 Every Spring Festival, Wang Lijuan receives dozens of phone calls from her former students.Wang is founder of the Zhi Guang special education school in Changping district, Beijing, and some of her former students have found work and gotten married.A member of the school staff told The Beijing News that Wang has given a lot of help to special students who were unable to integrate into society on their own. "She takes care of their daily lives like a family member and encourages them like a teacher," the staff member said. "Students call her 'mama principal,' and call her now and then even though they graduated years ago."The school was established 21 years ago when Wang learned about the wretched circumstances of mentally disabled students unable to get access to further education after their nine-year compulsory education. Some children even committed suicide due to a lack of communication with others.Wang decided to bring some light into these children's lives, and used all her savings in the process. As soon as the decision was made, Wang travelled to all the suburban areas of Beijing to find a location for a school that could provide further education to these special children.In 2010, she sold her only apartment in Beijing and invested all the money in the school.

New directionWang was a lecturer in a university before retiring in 1997, and had planned to live with her son in the US after retirement. Fate would bring some special students into Wang's life when she ran an errand for a friend at the Beijing Disabled Person's Federation, and Wang's life was never the same since.Driven by her teacher's instinct, Wang asked about the education status of disabled people and was told about the absence of higher education opportunities for them. "Approximately 13 million people suffered mental problems at that time, and that affected hundreds of thousands of families in China," said Wang.Wang was told that these students had nowhere to go after completing their compulsory education, and that some of them did not even get the chance to attend school."They love learning, they are eager to excel, but tend to be told off in school for their low efficiency and retardation, which gives them low self-esteem," Wang said.Wang believes that as the next generation of this country, special children are also entitled to an education. She donated all her 1.5 million yuan ($217,000) to the school, and did everything she could to ensure they could develop and be respected, accepted and recognized by society. The establishment of the Zhi Guang special education school plays an important part in meeting the shortfall for further education for special children in China.Wang's decision was supported by her family, and her son chose to come back to Beijing from the US. 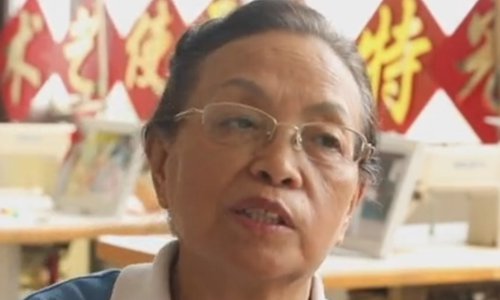 Wang Lijuan, founder of Beijing Zhi Guang special education school. (Photo: IC)Fruitful resultsIn the school's first year, Wang received 40 students. She and her team had to take care of every aspect of their daily lives. "We had no other choice because they could not take care of themselves when they first came here."In addition to languages and mathematics, the school offers classes such as papercutting, embroidery, drawing, drama, music and computers based on the students' abilities.A typical day will see 71-year-old Wang Lijuan hurrying into the kitchen to bring food to the students. After they finish lunch, she grabs a quick bowl of noodles herself before rushing back to take care of the students.Many teachers at the school said that this is a normal day in Wang's life. Employment is also a big problem that Wang is concerned about. "Without social experience, it's hard to follow the fast pace of modern society. That's why we help them to do internships before graduation," said Wang.Many students go on to make remarkable achievements after graduation. Some of them choose to stay and work at the school and some become writers.An entire system of services has been developed at the school, including special education, recovery, scientific research, vocational training and old age care, according to the China Youth Daily.Widespread praiseA total of 1,080 special students have graduated from Wang's school since it was established 20 years ago, and 80 percent of them are now employed.Wang hopes more people passionate about charity and education will join in the special education and spread her successful experience to places that need it.The Zhi Guang special education school and Wang Lijuan have been awarded more than 40 prizes by governments at all levels. Wang has also given lectures in more than 50 colleges and met with experts, foreign ambassadors to China and officials from 68 countries.The school has been praised for its humanitarian spirit, and commended as an embodiment of equal human rights."Special education teachers are not just teachers, but parents, doctors and nannies to their students," said Wang. "I believe that as long as we treat these innocent children sincerely, give them encouragement and confidence, they will integrate into society and eventually become independent."