Just five months on and Ryan Reynolds is back in Beijing. This time, though, the humorous Hollywood heartthrob, perhaps best known for playing Marvel anti-hero Deadpool, was on his second visit to China to promote his latest film, the far more family-friendly Pokemon Detective Pikachu. 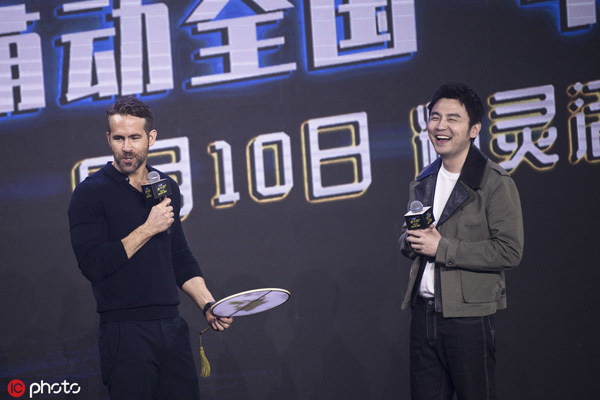 A globally popular icon-Pikachu, not Reynolds-is a yellow, cute and rodent-like creature that is one of over 800 breeds of Pokemon (which is an abbreviation of pocket monsters).

The fictional Pokemon species was first created in Japan in 1995 and has since developed into one of the world's highest-grossing media franchises, spawning cartoons, comics and computer games.

The upcoming film will simultaneously open in China and North America on May 10 and marks the first time that Pikachu has been rendered in CGI and appeared on screen alongside a live-action cast.

Reynolds not only provided the voice for Pikachu but also performed for the motion-capture as well. However, in the Mandarin version, tailored for Chinese market, it is actor Lei Jiayin, who shot to fame in Ning Hao's 2012 directorial comedy Guns and Roses, who lends his voice to the furry protagonist.

"I've never done motion capture like this before. So that was a whole new process for me," says Reynolds, revealing he spent just four days on the Detective Pikachu film set, with director Rob Letterman having to travel a lot to "seize" him for the voice-over job.

"I was shooting a couple of different movies, so we recorded in Abu Dhabi, Italy, New York, Los Angeles and London," the busy actor recalls. 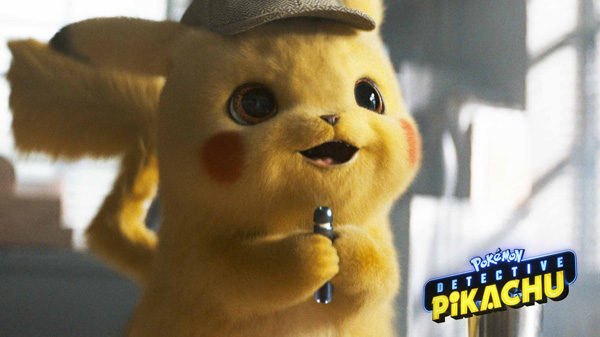 A still image of the film featuring Pikachu. (Photo: Mtime)

Lei, who has his own stylish comedic temperament, reveals he once planned to add some northeastern Chinese dialects to Pikachu's lines, but quit doing so, not wanting to go too far from the original version.

Actor Justice Smith and actress Kathryn Newton also appeared at the Beijing promotional event at the 751 D-Park on April 21.

Letterman says the film was based on the 2016 video game, Detective Pikachu, a spin-off from the Pokemon franchise.

He recalls that Legendary Pictures contacted The Pokemon company and signed a contract to make a live-action film of Pikachu.

With a close connection to the Japanese company and Pokemon's original creators, Letterman says they tried to balance the live-action part and staying true to "the underlying materials of the Pokemon characters".

Set in the fictional Ryme City, a modern metropolis where humans and Pokemon live side-by-side, the fantastical film is about 21-year-old Tim Goodman, who is searching for his missing father and joins forces with a talking Pikachu to unravel a thrilling mystery.

Best known to Chinese audiences for the 2018 sci-fi film, Jurassic World: Fallen Kingdom, Smith plays Goodman, who is the only person who understands Pikachu language, while other humans just hear the familiar, chirpy "Pika Pika" sound.

"Pokemon and humans have a connection that goes beyond verbal communication. They can feel what you're feeling. I think that's the message of this movie," explains Smith.

For Newton, who plays a news reporter accompanied by a Psyduck (a Pokeman creature resembling a yellow duck), the new film is fan-friendly.

"If you are a Pokemon fan, it will give you an idea of how it would be to have a Pokemon in your life. It's just like your best friend," she says.

Yet to have a powerful rival, Pokemon Detective Pikachu will be the only animated film to be released on May 10.