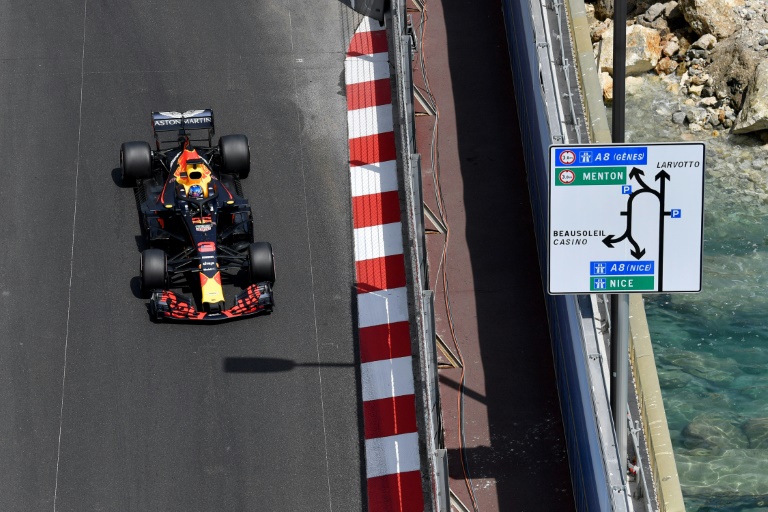 The Australian clocked a best lap in one minute and 11.786 seconds to outpace the Dutchman by 0.001 seconds.

On another perfect sunlit morning on the Cote d'Azur, Ferrari were quick to set the pace with Raikkonen and Vettel quickest ahead of Hamilton and Bottas, who had an early 'off' at Ste Devote.

He clipped the barriers with his rear wing as he spun to rejoin and repaired to pit for a replacement.

Hamilton, briefly, took top spot before Vettel went quickest, but once the Red Bulls arrived on track they were swiftly in command.

Verstappen maintained the team’s record-breaking speed to top Ricciardo and keep them in control before Verstappen, with eight minutes remaining, crashed heavily at the exit to the Swimming Pool complex.

The session was red-flagged.

Replays showed that the young Dutchman hit the inside barrier at the right-hand turn, breaking his car's suspension and sending him across the kerb before he hit the outside wall.

"That's Monaco, I'm afraid," he was told on team radio.

The session resumed within four minutes and Ricciardo went out immediately to go top with another track record lap in 1:11.786 seconds.