Richard Strauss' 'Salome' to be staged in Shanghai for first time

The concert version of Richard Strauss' "Salome" will be staged for the first time in Shanghai on Saturday night as the closing performance of Shanghai Symphony Orchestra’s 2017-18 Season. 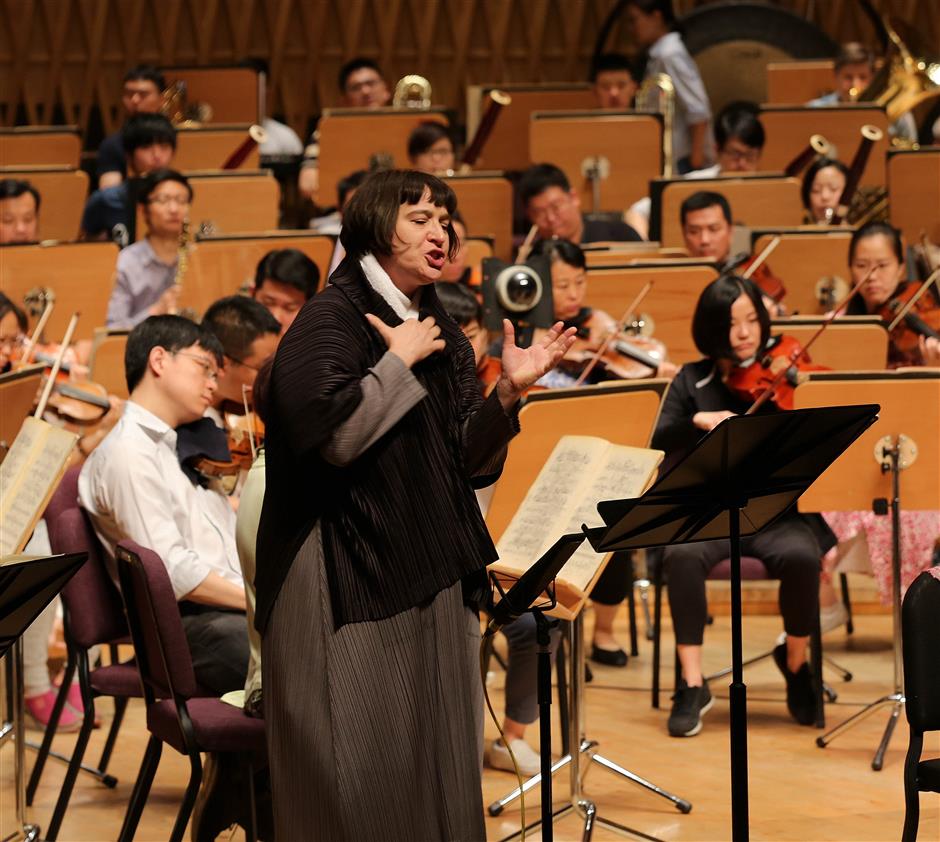 "Salome" is one of the most important opera works of the early 19th century, before which Wagner's works held great popularity, according to Dutoit. Regardless of his many symphonic poems, Young Strauss' achievements in opera stayed second-tier. "Salome" became a masterpiece, in which Strauss' harmony language reached its peak.

"Every piece of Strauss is a challenge on the orchestra technically," said Dutoit. "He is a master of orchestration."

"Dan Juan," which he wrote at 26, was technically more difficult than anything around at the time, Dutoit added, and Strauss was the kind of composer who kept challenging orchestras with "new types of difficulty."

The story of Salome originated from the Bible and premiered in Dresden 1905 with Strauss' composition. But society was not ready to see it on stage in the early 19th century, especially because of the seducing "Dance of Seven Veils," in which the Salome takes off all her layers one by one.

It is said that the opera was prohibited on stages in Vienna for years until it gained wide praise in other countries like Germany and France.