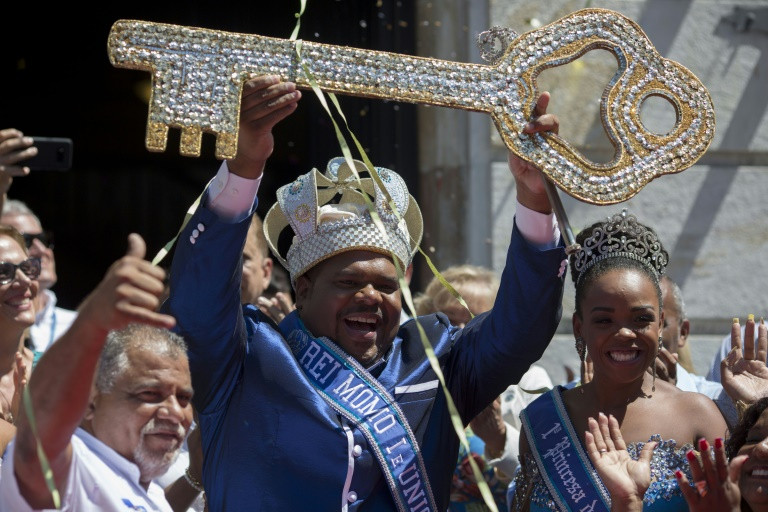 Rio's carnival king, known as Rei Momo, was given the symbolic key to the city, formally kicking off perhaps the world's grandest, wildest party

Rio de Janeiro's famous carnival opened Friday with Mayor Marcelo Crivella having to defend himself against accusations that his evangelical beliefs have made him a killjoy.

In a ceremony on the steps of the sumptuous mayoral residence, Rio's carnival king, known as Rei Momo, was given the symbolic key to the city, formally kicking off perhaps the world's grandest, wildest party.

As always, he was accompanied by his carnival queen and two princesses -- samba dancers in long, body-hugging and sequin-covered dresses.

But even as a brass band struck up Rio's favorite anthem, "Marvelous City," controversy lingered over Crivella's frosty attitude toward the event.

Crivella hugged Rei Momo and the rest of the carnival royal family, enthusing over the "beauty" and "poetry."

But when it came to the actual handover of the key he left that job to a subordinate, appearing to do everything so as not to touch the enormous, shiny object himself.

For days it has been unclear whether Crivella would even attend such a ceremony.

Crivella is a bishop in one of Brazil's biggest and most powerful evangelical churches and last year, his first in office, he snubbed Rei Momo completely. Neither did he attend the sensuous and over-the-top Sambodromo parades that are probably the city's biggest event of the year.

This year, there was confusion up to the last minute over how the ceremony would take place and whether journalists would be allowed to watch. 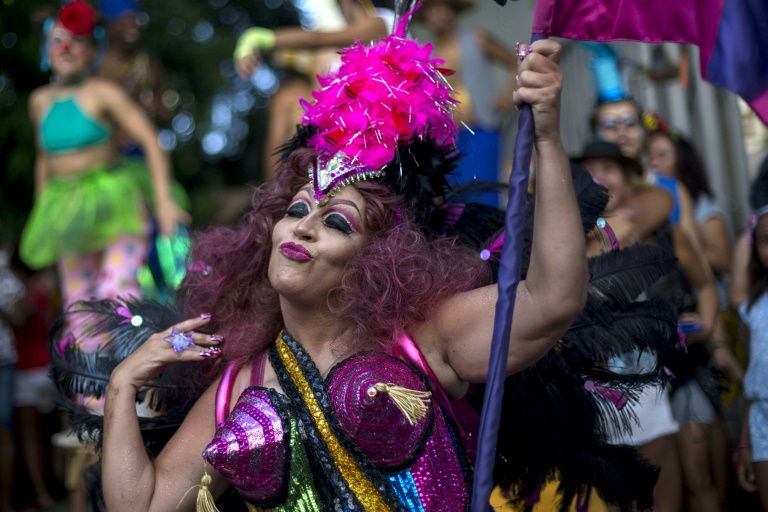 "Everyone knows he's evangelical and the evangelical church is growing a lot in Brazil," said Elizabeth Saar, 64, a sociologist passing by the mayoral residence before the ceremony. But "mixing politics and religion is not right in any part of the world."

The fact, though, is that the two increasingly do mix in Brazil, where millions are attracted to the evangelical churches and evangelical politicians, partly as a reaction to widespread poverty and violence.

On Friday, Crivella went out of his way to laud Rei Momo and the carnival in general.

"It's not true when people say that the mayor has any sort of prejudice against the carnival," Crivella said in a speech.

"I don't want to spoil the party," he insisted.

Crivella praised the carnival for putting a smile on people's faces at a time of soaring crime.

"Our hearts are torn by all the violence and all the things that need to be done for so many neighborhoods. Carnival brings a resurgence, hope," he said.

But for all the warm words, there was a final mysterious twist in Crivella's carnival politics: the fact that the mayor himself did not hand over the enormous, shiny pretend key.

While the head of the city tourism agency did the honors, Crivella made a point of moving a little back, hands held together, avoiding even the slightest contact.