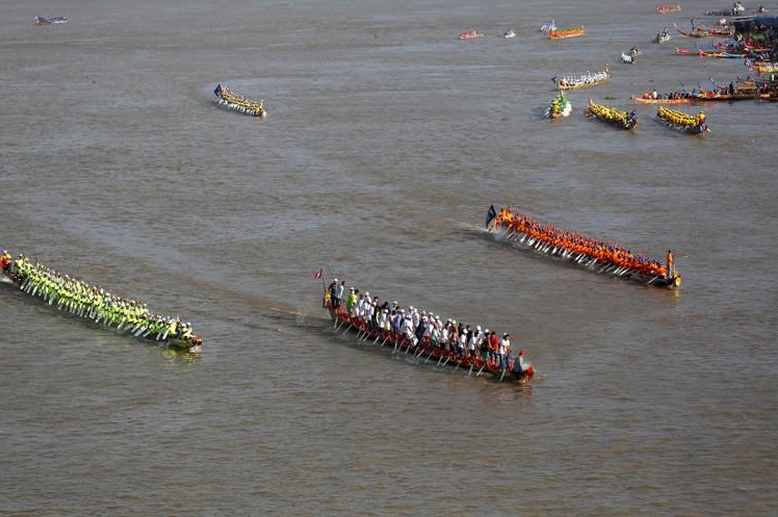 Thousands of colorfully dressed rowers competed in dragon boat races in the Cambodian capital Phnom Penh on Thursday, the first day of the annual Water Festival marking the end of the monsoon season.

The races on the Tonle Sap River involved more than 270 wooden dragon boats with rowers and spectators from across the Southeast Asian nation.

“I hope to win and bring this victory to our village,” said Sim Pov, 25, a rower from Kampong Cham more than 120 km north of Phnom Penh.

Known in Khmer as Bon Om Touk, the festival dates back to the 12th century to commemorate the might of the Khmer navy during the ancient Khmer empire.

The festival also marks the reversal of flow between the Tonle Sap and the Mekong River, signaling the end of the monsoon season.

Presided over by King Norodom Sihamoni and Prime Minister Hun Sen, the boat race is a major showpiece of a three-day festival which includes concerts, fireworks and a lantern boat display.