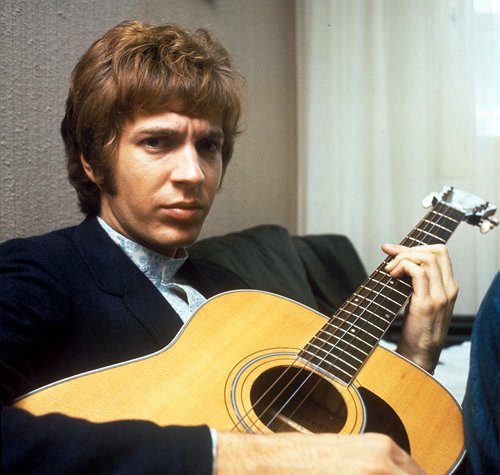 Influential singer-songwriter Scott Walker has died aged 76, his record label said on Monday, after a career that took him from 1960s pop icon to 21st-century avant-garde musician.

US-born Walker, who acquired British citizenship, was the lead singer of the 1960s band The Walker Brothers.

The baritone vocalist began his solo career in 1967 and was credited as an influence on top British acts over several decades including David Bowie and Pulp.

"It is with great sadness that we announce the death of Scott Walker," his label 4AD said on Twitter.

"Scott was 76 years old and is survived by his daughter, Lee, his granddaughter, Emmi-Lee, and his partner, Beverly," it said, calling him "a unique and challenging titan at the forefront of British music" and "one of the most revered innovators at the sharp end of creative music."

Radiohead frontman Thom Yorke called Walker "a kind gentle outsider" and "a huge influence on Radiohead and myself, showing me how I could use my voice and words."

The Walker Brothers scored No.1 hits in Britain with "Make It Easy On Yourself" in 1965 and "The Sun Ain't Gonna Shine Anymore" in 1966, making him a teen heartthrob in a country gripped by Beatlemania. Other hits included "(Baby) You Don't Have to Tell Me" and "Another Tear Falls" (1966).

But at the height of his fame in the late 1960s, "he retreated from the limelight," according to the biography on 4AD's website, and embarked on an experimental solo career.

His new cinematic sound was marked by epic orchestration coupled with dark lyrics, often revolving around characters on society's fringes.

Walker found inspiration from Belgian singer and songwriter Jacques Brel and from his move to Britain.

"I was in love with European film and movies and I wanted to get to Europe, I was happy running around in the fog in those days," he told Pulp singer Jarvis Cocker during a rare interview.

As his career developed, the music became more avant-garde, exemplified by 1984's Climate of the Hunter, which sold poorly but received critical acclaim.

It was to be his last album until 1995, when he surprised the pop world by releasing 12th solo long-player Tilt, the first of a trilogy that included The Drift (2006) and Bish Bosch (2012).

British singer-songwriter Marc Almond said Walker was an "absolute musical genius, existential and intellectual and a star right from the days of the Walker Brothers."

"So many songs will go round in my head forever. And that voice. We lost Bowie, now we've lost him. There is surely a crack in the universe," Almond said on Instagram.