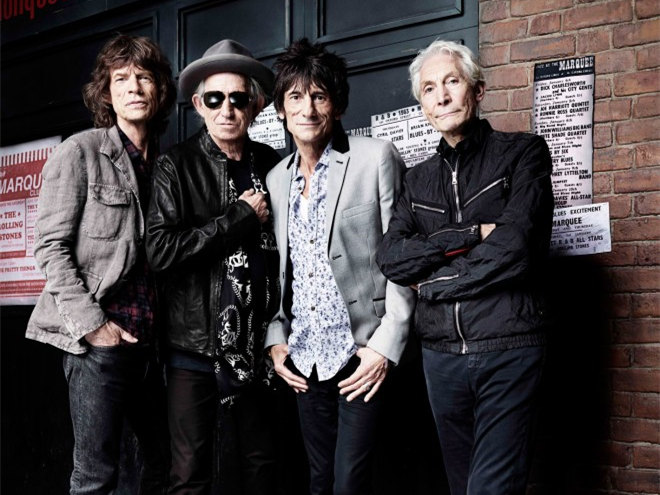 The British rock band "The Rolling Stones" reappeared in Havana's famous Plaza Vieja, or the Old Square, more than two and a half years after their legendary free concert at Havana's sports complex.

But this time they didn't arrive by plane or even by cruise ship.

Their appearance came through an exhibit by two young Cuban photographers Yander Zamora and Roberto Ruiz, photojournalists for the newspapers Granma and Juventud Rebelde, who covered the March 25, 2016 concert.

The exhibit of photos mounted on gigantic canvas were part of the celebrations for the Week of British Culture in Havana, which showed both the musicians and the audience during that historic concert.

"It was a very unusual concert, not only because 'the Rolling Stones' are a legend of the rock and world music, but also because it was agreed that to cover the event, the photographers would be there only for the first three minutes or the first two songs," Zamora, 37, told Xinhua.

"We had to take pictures of the audience and the musicians in a short time. What you are seeing today is the result of more or less three minutes of work," Zamora said.

Last year, Zamora won the King of Spain Journalism Award in the photography category for his shot "Arrival of Air Force One," published in different newspapers in March 2016.

The photo was made while covering the historic visit of former US President Barack Obama to Havana for Granma, an event that almost coincided with the presence of the British rockers in the capital of the island.

"The Rolling Stones" line-up, Mick Jagger, Keith Richards, Ronnie Wood and Charlie Watts arrived in Havana a day before their concert at the Sports City and just two days after Obama flew back.

Ruiz recalled the tension he felt during the concert to get the photos because of the limited time to shoot.

"Everything was very fast, we could only work when the first two songs were performed. And that caused a lot of tension in us because we were looking for the best angles for the images," said Ruiz.

Although both photographers worked separately during the concert, they decided to join efforts at the request of the British Embassy in Havana.

That joint effort is now on display at the Old Square, where over the centuries-old cobblestones, fans of all ages, both Cuban and foreign, gather to recapture a bit of that unforgettable night.

As they browse the exhibit, nearby speakers pump out classic songs of "the Rolling Stones," such as "It's only rock 'n' roll (But I like it)," "Start me up," "You can't always get what you want" and "(I can't get no) Satisfaction."