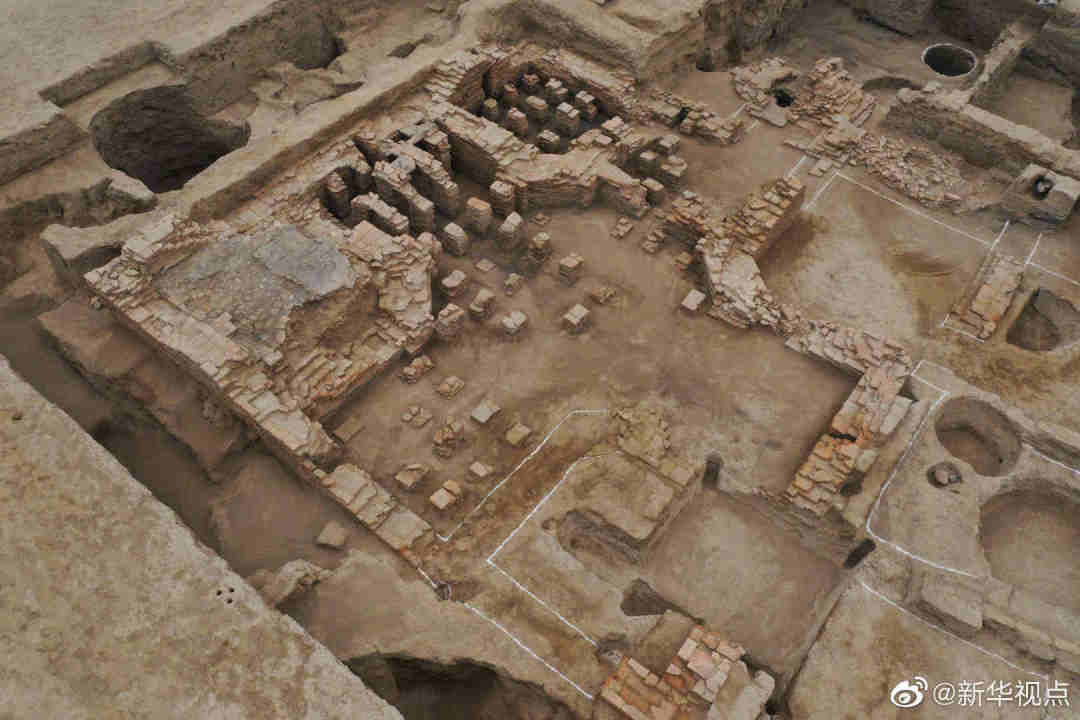 Covering an area of 400 square meters, the ruins is located in Qitai County, the Hui Autonomous Prefecture of Changji, and consist of a brick main structure flanked by wells, an adobe structure on the eastside as well as a site for its furnace.

The main structure has two parts. The underground part was used for flues and heat supply. The surface structure was where people took bath.

The bathhouse is part of an ancient city known as Tangchaodun, which was first built in early Tang Dynasty (618-907), according to Wei Jian, a professor of archeology and museology at the School of History, Renmin University of China, who is in charge of the excavation.

Wei believes the ruins is very likely that of a public bath. The building was large, magnificent, had been in use for a long time and undergone several renovations.

"The ancient city lies landlocked in the Eurasian steppe, where it was hot and windy in summer and cold and frosty in winter, and thus it seems reasonable to set up a public bath in such climes. It could serve both residents of the city and travelers," Wei said.

The ruins boast strong Roman styles in layout and construction techniques, while the relics including pottery, square bricks and floral decorations on the wall indicate straits of both Central Plain and local cultures, Wei said, adding it reflects the interaction and innovation of Chinese and Western construction traditions and techniques on the Silk Road.

The excavation work has been underway for about three years, according to the archaeologists.