The Romanian edition of the 18th "Chinese Bridge," an annual Chinese proficiency competition for foreign college students, was held on Tuesday, with Paula Sorina from the University of Bucharest winning the Grand Prize.

Titled "One World, One Family," the competition attracted 14 contestants, representing hundreds of local students studying Chinese in four universities in the capital city of Bucharest, central cities of Sibiu and Brasov, as well as Cluj-Napoca from the northwest.

The students competed in three segments featuring free speeches, Q&As and artistic performances, showing their outstanding Chinese proficiency, their love of Chinese history and culture, and their understanding of China's economic and social development. 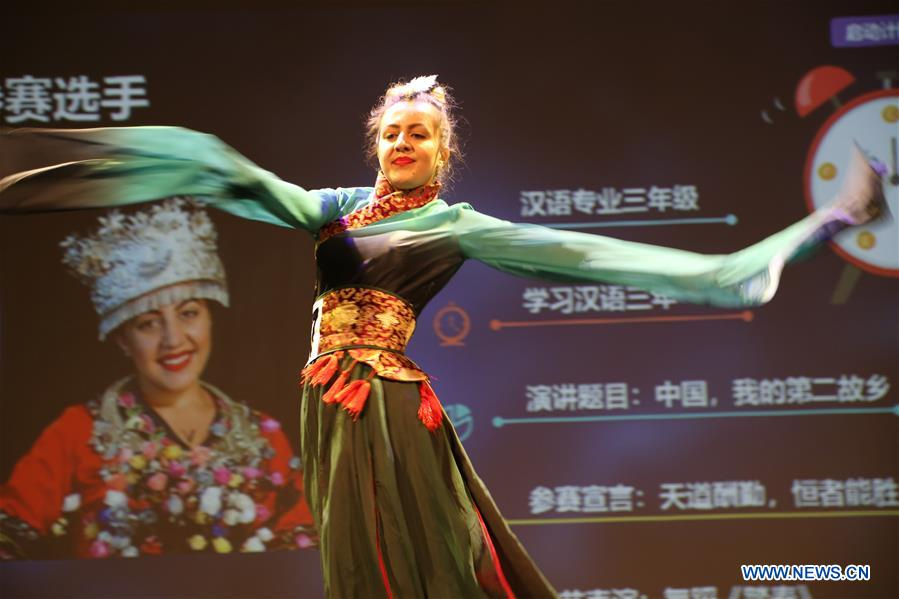 Paula Sorina from the University of Bucharest performs during the "Chinese Bridge" competition in Bucharest, Romania, April 2, 2019. (Photos: Xinhua)

Many contestants said that Chinese learning opened a door for them to a wider world. They will work hard in Chinese and strive to be the messengers of friendship between the two countries.

Paula Sorina, a third-year student, will represent Romania for the "Chinese Bridge" international final in China, while Maria Lungu, also a third-year student at the University of Bucharest who took the first prize in the contest, will travel to Beijing to watch the final competition.

Addressing the event, Jiang Yu, Chinese ambassador to Romania, said the first group of Romanian students went to China to study Chinese in 1950, and a few years later, China and Romania decided to launch university specializations to learn the languages of the other side.

As bilateral relations deepened over the years, the enthusiasm of learning Chinese and understanding China has increased in Romania, and here came the Confucius Institutes, she continued. 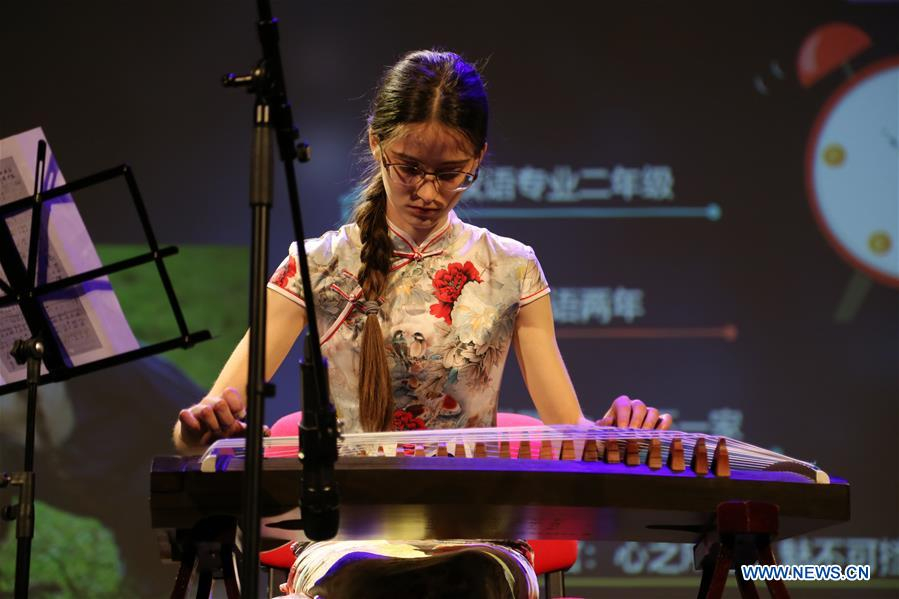 A contestant performs during the "Chinese Bridge" competition in Bucharest, Romania, April 2, 2019.

According to the official, more and more Romanians are interested in Chinese and Chinese culture, and some 1,500 primary and middle school students are currently learning Chinese at school. She said that the Education Ministry is willing to further strengthen cooperation with China in educational exchanges, mutual recognition of credits and youth exchanges.

Since the unveiling of the first Confucius Institute in Sibiu in 2007, Chinese teaching and learning have attracted increasing attention in this country. At present, there are four Confucius Institutes, over 10 Confucius Classrooms and more than 130 teaching points in Romania.