BUCHAREST, Aug. 11 (Xinhua) -- The "King Mihai I Park" in northern Bucharest became a paradise for Chinese martial arts lovers on Saturday, with the eye-catching banner "World Wushu-Kungfu Day" fluttering in the breezy sunshine. 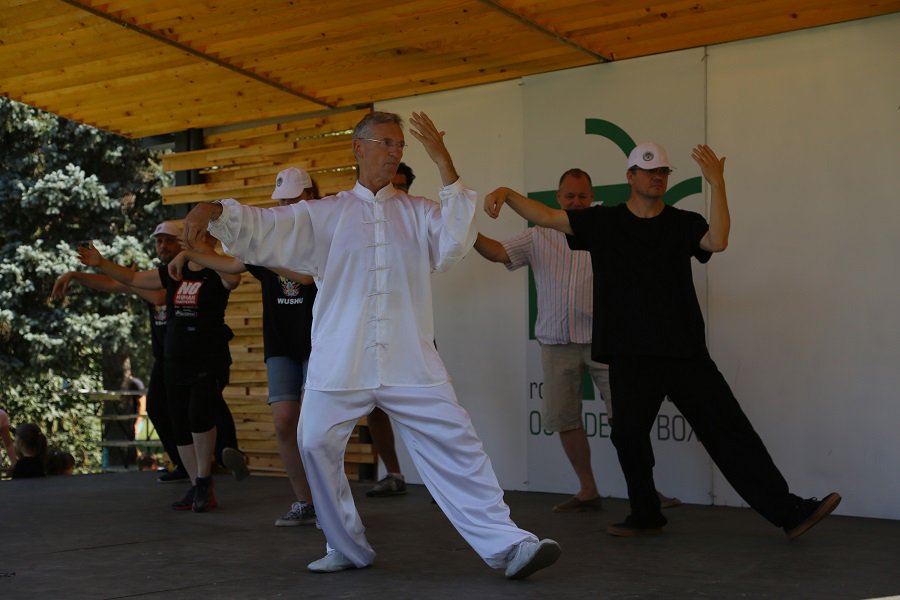 On the wide green lawn, there are practitioners of both Yang-style and Chen-style Tai Chi, as well as those of Changquan, Nanquan, Shaolin and Wudang.

Young- and middle-aged people are mostly among the practitioners, but there are also retired elderly people.

Groups of children with Chinese-style Kungfu T-shirts were running on the lawn and posing various martial arts moves. The scene attracted the passing pedestrians, many people stop to watch and take pictures.

Petru Grindeanu, secretary-general of the Romanian Martial Arts Federation, told Xinhua that the Chinese martial arts are becoming increasingly popular in Romania. People have a new understanding of Kungfu and more and more Romanians practice Chinese martial arts, especially after the sport was included in the Olympic Games. Today is the first World Wushu-Kungfu Day and the purpose of the event in Bucharest is to let more people know about the profound Chinese martial arts, he added.

According to Grindeanu, celebration events are held not only in the capital city of Bucharest, but also in many other major cities across the country.

Ion Benea, president of the federation, said that more and more Romanian citizens are beginning to realize the benefits of practicing Tai Chi, or Taijiquan, an ancient Chinese martial art, especially the vast majority of retirees.

"To this end, the federation decided to teach Tai Chi free of charge at major parks in Bucharest on a regular basis," Benea said.

He said that many elderly people think that slow-moving Tai Chi is a sport that is very suitable for them and is very healthy. 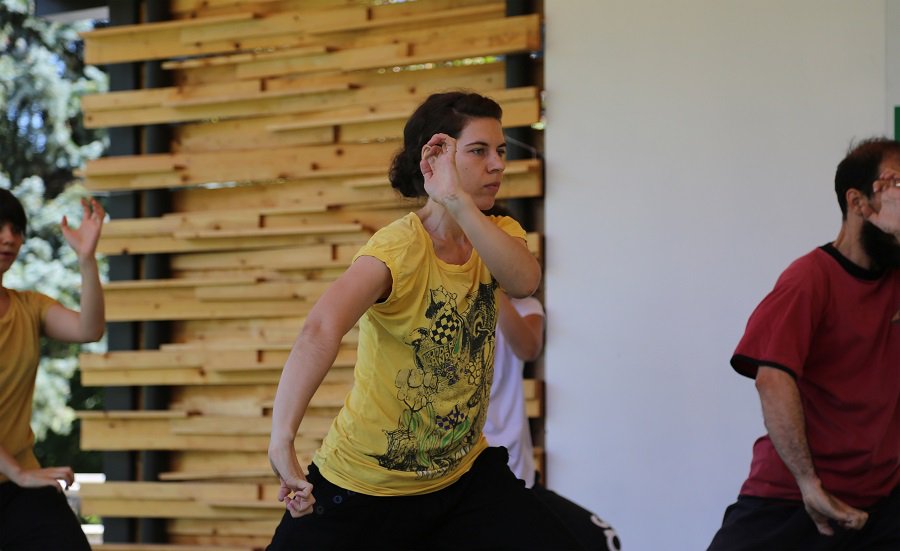 Founded in 1990, the Romanian Martial Arts Federation currently has 40 clubs across the country, with some 2,500 members. According to the association, more than 5,000 people in the country practice Chinese martial arts regularly.

Some of the coaches of the clubs have learned martial arts with their masters in Romania, while many others returned from China after completing various tutorials there.

Roxana Vladut, who practiced martial arts for exactly 20 years, told Xinhua that "Many of the coaches present today are all apprentices of Master Zhu."

According to her, Zhu Rongfu, a martial arts practitioner from Shanghai, set up the "Shanghai Martial Arts Club" in Bucharest many years ago, training a large number of martial arts disciples.