Modern great Cristiano Ronaldo left Real Madrid to join Italian champions Juventus for 100 million euros ($117 million) on Tuesday, with the Portuguese superstar saying the time had come "for a new stage" in his life.

Juventus confirmed that Ronaldo had signed a four-year contract and that the transfer fee, including 12 million euros in add-ons, would be paid over two years, with Spanish media reporting he would receive a salary of 30 million euros a season. The 33-year-old striker is expected to have a medical in Turin next week before being unveiled by his new side.

"Today Real Madrid want to give thanks to a player who has demonstrated he is the best in the world and who marked one of the most brilliant periods in the history of our club and world football," European champions Real Madrid said in a statement.

In a letter posted on the Real website, the five-time Ballon d'Or winner said his time in the Spanish capital, during which he became their record goalscorer, had been one of the happiest in his life.

"I only have feelings of huge thanks for this club, for the fans and for this city," he said.

"But I think the time has come to open a new stage in my life and that's why I asked the club to accept to transfer me.

"I ask everyone, and especially our supporters, to please understand me."

Juventus begin their pre-season schedule with a friendly against Bayern Munich on July 25 in Philadelphia, while Ronaldo could make his competitive debut for the club the following month, with Serie A to announce its fixtures for the upcoming season on July 20.

Ronaldo, whose World Cup campaign with Portugal was ended in the last 16 by Uruguay just under two weeks ago, hinted after May's Champions League final victory over Liverpool that he was considering leaving the Santiago Bernabeu.

"It was very nice to be in Madrid," he said at the time, using the past tense. He later played down the comment, but doubts over his future at Madrid lingered, especially after he had also threatened to leave the previous year.

Despite failing to score in the 3-1 win in Kiev which sealed Real's third successive European Cup, Ronaldo finished as the Champions League leading scorer for the sixth consecutive time with 15 goals, including an incredible overhead kick at Juventus in the quarter-finals which saw the Italian fans stand and applaud the forward.

Now Juventus will be hoping that he can maintain his ruthlessness in front of goal for a few more years and finally help them end an agonising wait to become European champions for the first time since 1996, despite a prolonged period of domestic success. 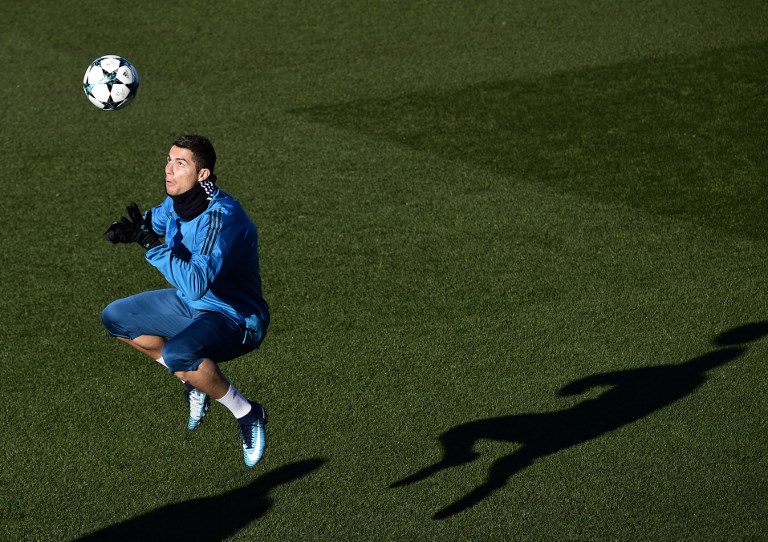 Massimiliano Allegri's side claimed a seventh straight Serie A title last season by holding off an inspired Napoli, but fell to Real in Europe after a dramatic last-eight clash, when Ronaldo ended a thrilling fightback by the Old Lady with a controversial last-gasp penalty.

Ronaldo also scored twice in the 2017 final as Real downed Juve 4-1 in Cardiff.

It will be the biggest fee ever paid for a player aged over 30, but the Italians are gambling on the hope that Ronaldo can produce similar longevity to their former goalkeeper Gianliugi Buffon, 40, who left for Paris Saint-Germain last week.

But they are not the only ones with faith in one of the best players of all time, with Juventus' shares on the stock exchange spiking by almost 40 percent since rumours of Ronaldo's arrival first surfaced on June 28, and by 5.7 percent on Tuesday alone.

Ronaldo won two La Liga titles and four Champions League crowns with Real after joining from Manchester United in 2009 for a then world-record fee of £80 million ($94 million).

The winger was converted into an out-and-out striker, scoring an incredible 451 goals for Los Blancos in just 438 matches, smashing the club's previous scoring record of 323 held by Raul.

"They have been nine unique years," added Ronaldo.

"It has been an exciting time for me, full of respect but also hard because Real Madrid have high expectations, but I know very well that I will never forget that I have enjoyed football here in a unique way."

Serie A will be the third of Europe's four biggest leagues that Ronaldo has graced, and his move shows that none of his drive and ambition have decreased in the latter stages of his career.

He will also be hoping to take the lead later this year in his personal race with Barcelona forward Lionel Messi for most Ballon d'Or awards, although fans will now have fewer on-field battles between the two to enjoy.