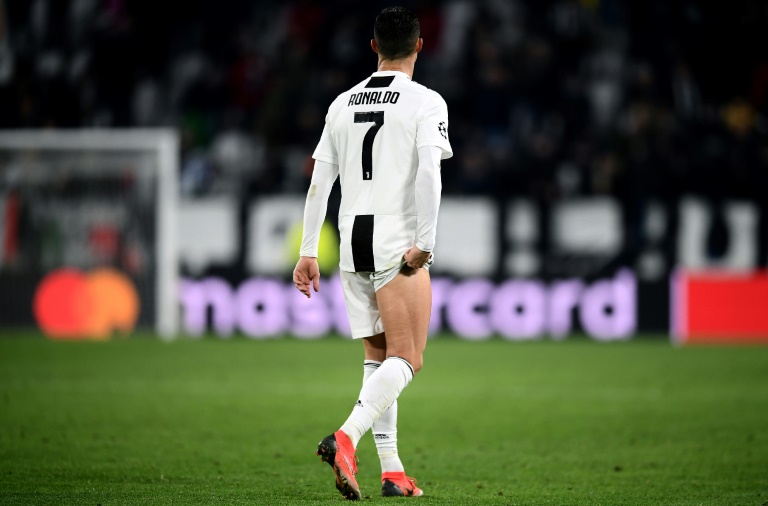 Cristiano Ronaldo, who joined Juventus last summer from Real Madrid, is targeting a sixth Champions League title to add to his four with the Spanish team and one with Manchester United (Photo: AFP)

Juventus coach Massimiliano Allegri hailed the impact Cristiano Ronaldo was having on the Italian champions as the Portuguese star became the first player to achieve 100 Champions League wins in Tuesday's 1-0 success over Valencia that clinched their passage to the knockout rounds.

"Ronaldo gives us a sense of security and confidence," said Allegri of the beaten finalists in two of the last four editions of the elite European competition.

"The team is essentially the same as last season. We've grown, become faster in playing the ball, but then of course, there is Cristiano Ronaldo.

"This team is constantly improving – they're passing and putting play together more quickly."

Ronaldo -- who joined Juventus last summer from Real Madrid -- is targeting a sixth Champions League title to add to his four with the Spanish team and one with Manchester United.

The Italian team are looking for their third European title and first since 1995.

Last season they exited in the quarter-finals to Ronaldo's Real Madrid.

The 33-year-old played a key role against Valencia providing the assist on 59 minutes which Croatian Mario Mandzukic tapped in for his third goal in as many matches.

Juventus had needed just a point to ensure qualification.

Their win combined with Manchester United's late 1-0 win over Young Boys at Old Trafford means Valencia crash out of the competition.

Allegri's side will now have to wait to see whether they top Group H when they play their final group game mid-December in Bern against Young Boys.

Ronaldo came out firing on all cylinders after his controversial red card during his first Champions League game for Juventus in Valencia back in September, which Allegri's side still won 2-0.

The five-time Ballon d'Or winner had two chances within the first three minutes to add to his record tally of 121 Champions League goals.

Valencia had their best chance before the break when Mouctar Diakhaby's header off a corner was punched out with one hand by Juventus goalkeeper Wojciech Szczesny.

Just before the hour mark, Ronaldo broke free of Valencia defender Gabriel and with some fancy footwork fired low across the face of the goal leaving Mandzukic to finish off.

Valencia thought they had scored the equaliser two minutes later but Diakhaby's header was ruled to have come off his hand.

"You can see how united we are including the forwards," said Juventus captain Giorgio Chiellini.

"All three of them – Ronaldo, Mandzukic and Dybala, really put themselves about today. If we scrap like that, with the skill we have in the side, it makes everything much easier.

"We have to turn the page now – we'll start thinking about the Champions League again in February. We must focus on Serie A because we have a tough month ahead," added the defender as the league leaders target an eighth consecutive domestic title.

"The match was decided by great play by Cristiano," said Valencia coach Marcelino Garcia, "but out team gave everything, showing great spirit against one of the best teams in Europe."