Portugal finished second in Group B after a 1-1 draw with Iran. The 2016 European champions will next face Uruguay on Saturday in the round of 16.

Instead of Ronaldo, it was Ricardo Quaresma who scored for the Portuguese. The 34-year-old midfielder responded to his first start of the tournament by producing one of the more aesthetically pleasing goals of group play.

Quaresma hit a curling shot with the outside of his right foot from the edge of the penalty area that went beyond the reach of diving Iran goalkeeper Ali Beiranvand.

Quaresma’s goal came on a night when Ronaldo — who had scored all four Portugal goals in its first two games — was denied on a penalty shot.

Spain won the group after its 2-2 draw with Morocco. Both Spain and Portugal had a goal difference of plus-1, but Spain scored six goals in its three group matches while Portugal had five.

Spain will next face host Russia on Sunday. 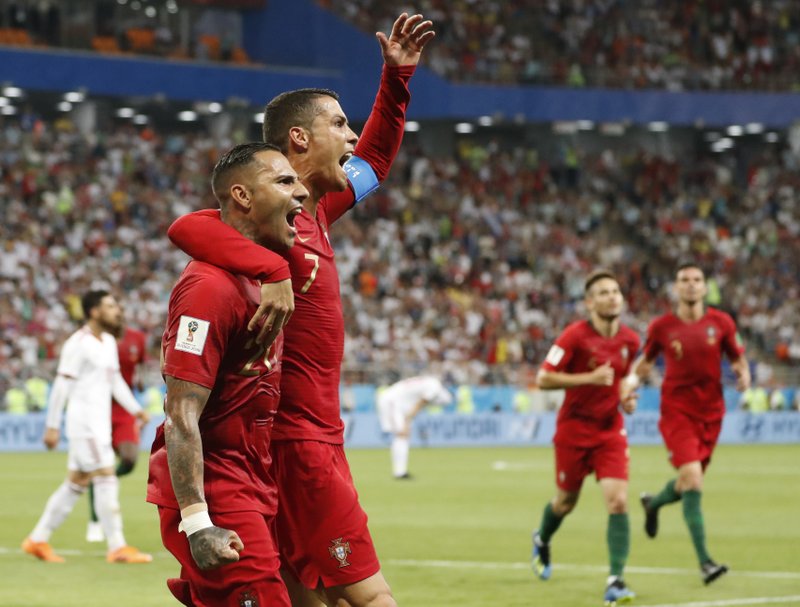