Ronaldo thanks fans after hospital release 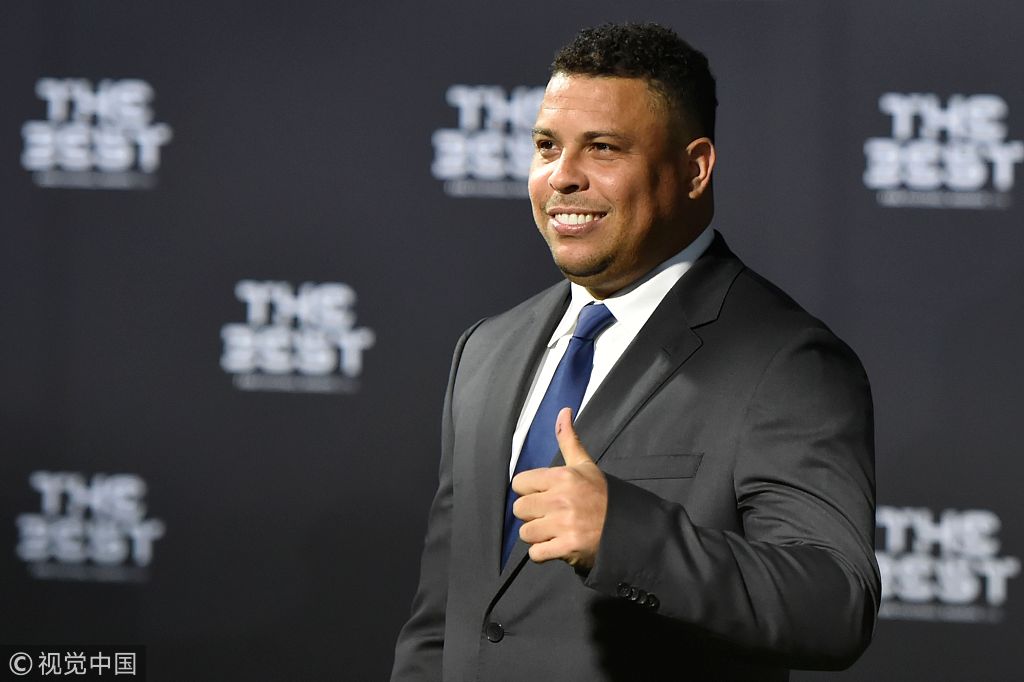 Former Brazilian football player Ronaldo poses as he arrives for the Best FIFA Football Awards ceremony in Zurich on January 9, 2017. Retired Brazilian striker Ronaldo has been hospitalised with pneumonia on the Spanish holiday island of Ibiza and is recovering well, a local newspaper reported on August 12, 2018. (Photo: VCG)

The 41-year-old was admitted to the Can Misses hospital in Ibiza on Friday and was originally placed in intensive care.

"Hello everyone! I'm already home after a few days at the clinic," Ronaldo said in a Twitter post. "Thank you for your love and comments, and many thanks to the team of doctors and nurses.

"Thanks my love Celina Locks for being by my side. It's going to be an amazing season with tons of great football and surprises."

Ronaldo, who scored 62 goals in 98 matches for Brazil, was on vacation in Ibiza when he was struck down by what he described as "a strong bout of flu." Sources in Spain said the retired star was later diagnosed with pneumonia.

The former striker is considered one of football's greatest ever players, having won the World Cup in 1994 and 2002 as well as three FIFA World Player of the Year awards and two Ballon d'Or trophies.