Ronaldo the future but Juventus need more to conquer Europe 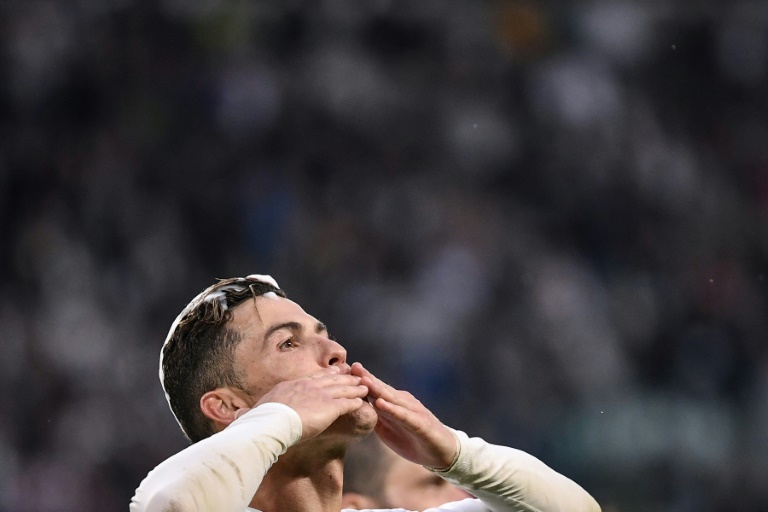 Cristiano Ronaldo is the first player to win the Premier League, La Liga and Serie A. (Photo: AFP)

Massimiliano Allegri insisted that Cristiano Ronaldo was the future of Juventus and the Portuguese superstar said he was "1,000 percent committed to staying" but despite sealing an eighth consecutive Serie A title the Turin giants need to find more if they want to conquer Europe next season.

Allegri's side claimed an eighth consecutive Scudetto -- the 35th in their history -- on Saturday to help ease some of the pain of their shock Champions League quarter-final exit at the Juventus Stadium to Ajax on Tuesday.

A come-from-behind 2-1 win over Fiorentina was enough to give Juventus a 20-point lead on nearest rivals Napoli with five games to play.

"The exit from the Champions League hurts, but this title says it all about what we managed to do -- eighth in a row with five games to spare," said Allegri.

"Now let's enjoy the party, then I'll meet club management and we'll talk and analyse what didn't work this season."

The Italian club have overtaken French club Lyon for the record of consecutive victories in the top five European leagues.

But again they have been unable to turn their domestic domination to Europe, winning their last Champions League title in 1996 and losing five finals since.

But this season they won less than the previous campaign, lifting Serie A and the Italian SuperCup but ending their four-year Coppa Italia reign.

Juventus have lost only two matches, against Genoa on March 17 and SPAL last weekend, when they could have won the title with a record six games to spare.

The Juventus coach estimated that the title had been in the bag since February 2 when Paulo Dybala scored the only goal in a win over Bologna.

"That success was crucial because it came at a delicate moment, caught between the challenge with Atletico Madrid and the direct clash of Naples," said Allegri.

The 51-year-old blamed "too many injuries and unforeseen events" and the players being unable to react to setbacks.

In recent weeks the club has been hit by injuries to Dybala, defender Giorgio Chiellini, Sami Khedira, Mario Mandzukic, and Douglas Costa.

The challenge next season for Allegri will be to find the right cast for Ronaldo.

He scored six goals in the Champions League to bring his record tally to 126, including an incredible hat-trick against Atletico Madrid that lifted them into the quarter-finals, and is their leading scorer in Serie A with 19.

Dybala, their top Serie A scorer last season with 22 goals, was overshadowed by Ronaldo scoring just five this campaign, with teenager Moise Kean bursting through during the Portuguese star's injury absence.

But while the forward line looks healthy the problems lie elsewhere.

Can, Blaise Matuidi and Miralem Pjanic came up short often midfield, with the defence was at times leaky with goalkeeper Wojciech Szczesny saving them from a heavier defeat against Ajax.

"There's no point enacting a revolution," said the Tuscan.

"We have to improve the quality of our football and learn how to deal with unexpected events better, because those moments can change a tournament.

"I might try a few players in different roles.

"Paulo Dybala had a good season, especially up until January, because it was not easy to play along with Cristiano Ronaldo and Mario Mandzukic. Clearly, with Ronaldo by your side, you will play differently."

Juventus's final five matches will give Allegri plenty of room to experiment against Inter Milan, Torino, Roma, Atalanta and Sampdoria.