Rooney agrees to join Derby as player-coach in surprise switch 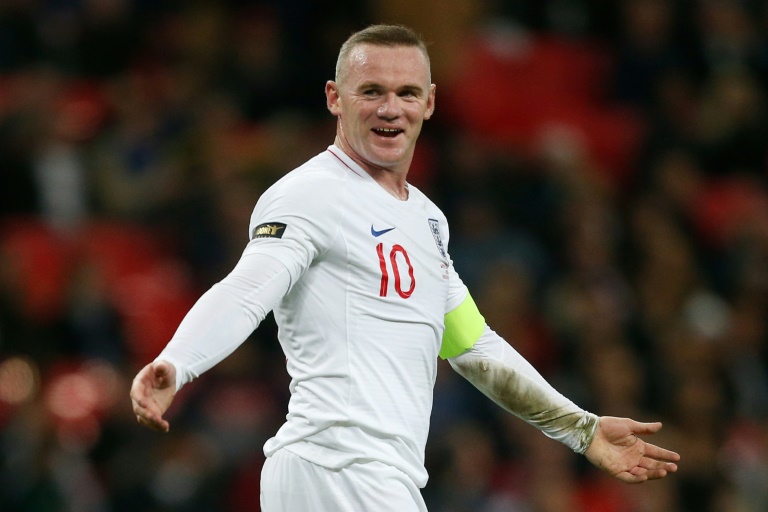 The 33-year-old -- the record goalscorer for both his country and Manchester United -- signed an 18-month contract with the second-tier side, who under Rooney's former England teammate Frank Lampard reached the play-off final last season.

Derby said in a statement the club were "delighted to announce that England's record goalscorer Wayne Rooney will join the club from January 2020".

Derby's interest in the former Manchester United star emerged shortly before the side, under new boss Phillip Cocu, opened their Championship campaign with a 2-1 victory at Huddersfield on Monday.

Reports suggested Rooney's wife Coleen was homesick and had returned to Britain with their children.

Rooney, who is working towards securing his coaching qualifications, will work under former PSV Eindhoven boss Cocu at Pride Park.

He was pictured at Heathrow Airport on Tuesday as he arrived back from the United States.

"I am very excited about the opportunity that Derby County have provided me with," Rooney told the Derby website.

"I am looking forward to joining Phillip Cocu, his coaching staff and the first-team squad from the start of January.

"I am sure I can make a big contribution and can't wait to meet everyone, especially the supporters."

Rooney is the eighth member of England's Euro 2004 squad to go into coaching or management after Lampard, who is now in charge at Chelsea, Rangers boss Steven Gerrard and Macclesfield manager Sol Campbell.

Gary Neville flopped in a short stint with Valencia, his brother Phil is manager of the England Women's team and John Terry is assistant to Dean Smith at Aston Villa, while Paul Scholes had a brief, ill-fated spell as Oldham boss last season.

Rooney thanked DC United and the club's fans, saying he would "give my all in support of our push for the play-offs".

Cocu said Rooney's experience would be a huge boost to the club as they seek to return to the Premier League for the first time since 2008.

"The inspiration and motivation this can generate is massive for all of our players from the first team right through to the youngsters in the academy," he said.

Steve Kaplan and Jason Levien, co-chairmen of DC United, praised Rooney for his contribution to the franchise -- he has scored 23 times in 43 appearances since he joined from Everton on a three-year contract last year.

"After speaking to Wayne and understanding his difficult situation of being so far away from his family, we have accepted that this is the best decision for all parties," they told the Derby website.

"Wayne is an exceptional leader and one of the most iconic players to play the game, so we look forward to his continued contributions to the team this season."

"To have Wayne Rooney as a player, and equally as an aspiring coach, is incredible and I can only imagine the buzz this will generate amongst our supporters at home and internationally," he said.

Derby have signed a lucrative new shirt sponsorship deal on the back of Rooney's signing, with the income helping to pay for his reported £100,000 ($122,000) per-week wages.

Rooney's return to England comes in the twilight of a glittering career that established him as an icon for club and country.

His meteoric rise started in August 2002 when he made his debut for Everton aged just 16, becoming the Premier League's youngest scorer with a superb long-range goal against Arsenal before his 17th birthday.

During 13 years with United, whom he joined in 2004, Rooney won the Premier League five times, the Champions League, the FA Cup and three League Cups.

Rooney is the second-highest scorer in Premier League history with 208 goals.

He also broke Bobby Charlton's record of 49 England goals, finishing with 53 from 120 appearances, but his time with the Three Lions is largely remembered for his disappointing performances in major tournaments.