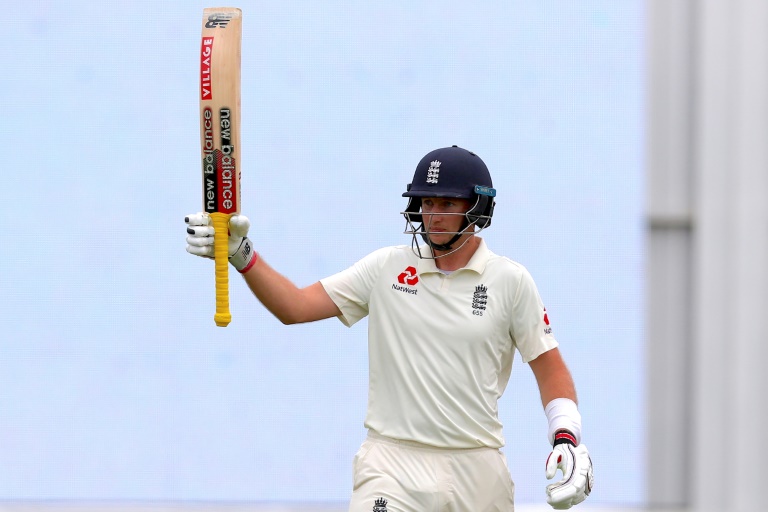 England captain Joe Root continued to dominate the second Test against New Zealand Monday, advancing to 178 not out, but England may need to accelerate their run-scoring to have a chance of forcing a victory.

On day four in Hamilton, England added 110 runs in a morning session extended by 30 minutes to make up for time lost by rain and were 379 for five at lunch, a lead of just four runs.

Root was on 178, his highest innings in two years, while 21-year-old Ollie Pope, in only his fourth match, was unbeaten on a Test best 46.

Their 117-run stand for the sixth wicket fitted perfectly with England's new mantra to "bat long" but it ran counter to their hopes of accumulating fast runs in the hope of forcing a result.

With five sessions remaining a draw remains the most likely result, particularly with more showers forecast.

When Root nudged a single through the leg side to reach his 150 he raised his bat in salute and gave a signal to the dressing room that the innings could progress for some time.

He has faced 379 balls and spent more than nine hours in the middle to draw a stark line under a string of low scores which drew accusations from England supporters that his form had suffered with the weight of captaincy.

On a lifeless Seddon Park wicket, he has been able to pick his moments to score, untroubled by a New Zealand bowling effort that toiled throughout the morning for no reward.