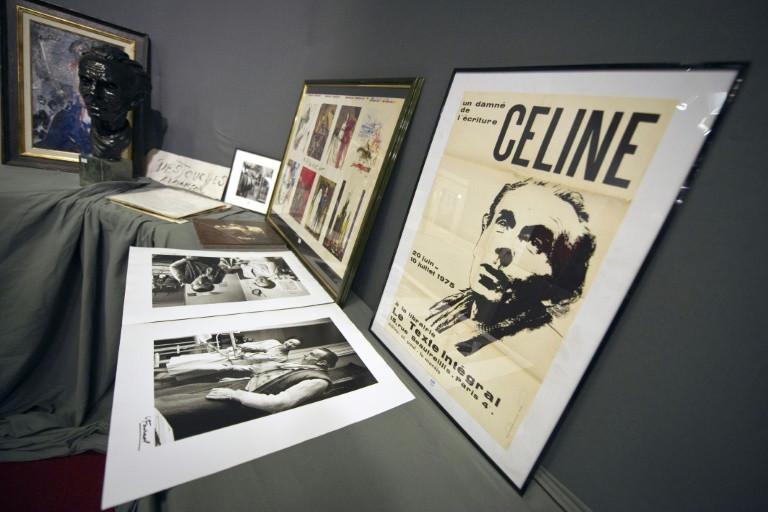 Louis-Ferdinand Celine is regarded as one of France's most prominent -- and controversial -- modern novelists. Photo: AFP

The planned publication of anti-Semitic pamphlets written by a revered novelist has sparked a fierce row in France, with Prime Minister Edouard Philippe weighing in on the debate in favour of their release.

Three racist 1930s texts by Louis-Ferdinand Celine are set to appear in a volume by leading French publishing house Gallimard in May, sparking angry calls for the book to be banned.

Philippe said Sunday he thought the pamphlets should be published, but only alongside a carefully composed critical and contextual commentary.

"I am not afraid of these pamphlets' publication, but they must be thoughtfully accompanied," the prime minister said in an interview with French weekly the Journal du Dimanche.

"There are very good reasons to detest the man himself, but you cannot deny the writer's central position in French literature," he added.

Celine, best known for his 1932 novel "Journey to the End of the Night", is regarded as one of France's most prominent -- and controversial -- modern novelists.

His trio of anti-Semitic pamphlets to be released in the upcoming book "Polemical Writings" are titled "Trifles for a Massacre" ("Bagatelles pour un Massacre"), "School for Corpses" ("L'ecole des Cadavres") and "A Fine Mess" ("Les Beaux draps").

Activist and advocate for the families of French Jews deported during World War II Serge Klarsfeld has demanded Gallimard be stopped from publishing the collection.

Frederic Potier, France's governmental delegate for the fight against racism, antisemitism and anti-LGBT hatred, warned the publishing house last month of the risks of reprinting the texts, calling for a "guarantee" that the volume would also include critical context.